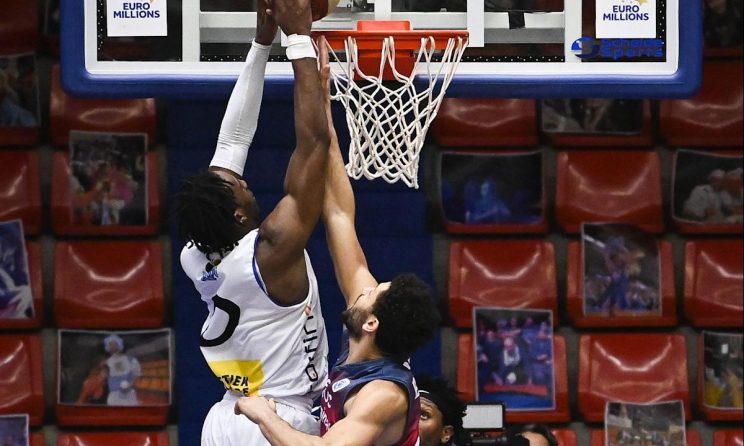 Cameron McGriff of the Greensboro Swarm in the NBA G League will reportedly sign a 10-day contract with the Portland Trail Blazers, according to Shams Charania of The Athletic.

McGriff, who went undrafted out of Oklahoma State in 2020, played last season with Okapi Aalst of the Pro Basketball League in Belgium. He averaged 13.5 points, five rebounds, 1.3 assists and one steal in 27 appearances.

After a successful stint overseas, McGriff signed with the Charlotte Hornets during training camp this year and was eventually waived and sent to the Swarm. He is posting 10.2 points, 4.9 rebounds and 1.4 assists in 14 games in Greensboro on 45.5% shooting from the field.

The Trail Blazers worked to sign McGriff via hardship exception by the NBA with Dennis Smith Jr. and Trendon Watford entering the health and safety protocol on Friday. The team is expected to be re-tested to ensure no other players are positive.

Players and coaches entered into the health and safety protocols are required to miss a minimum of 10 days in isolation. However, they can be cleared to play sooner if they return two consecutive negative PCR tests taken at least 24 hours apart.

The NBA is in the midst of its most trying stretch of the season as players and teams alike battle the ongoing coronavirus pandemic. During the month of December, more than 100 players have entered the health and safety protocol.

Stranded in the Deep End: Why Cameron McGriff refuses to quit