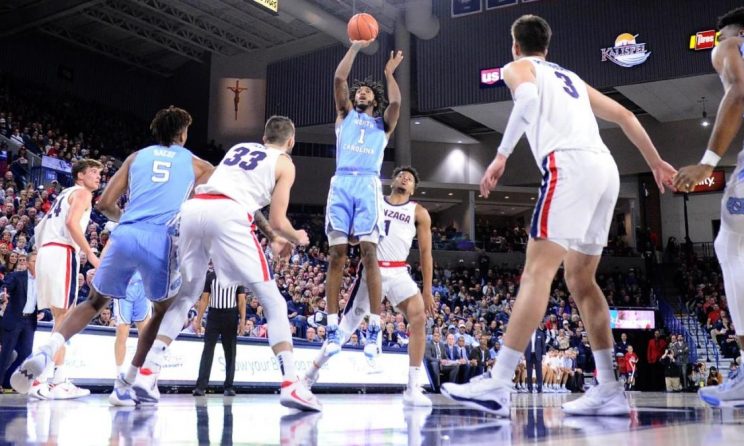 The countdown to college basketball season is going by quickly as teams begin taking the court this weekend for exhibition games in anticipation of opening day on Nov. 9. For some programs, the sense of urgency to prepare may be particularly strong because of what awaits in the opening weeks of the season. While some programs have opted for nonconference schedules composed mostly of cupcake opponents — we’ll cover those next week — others are preparing for early-season gauntlets.

There can be a big payoff for playing a challenging nonconference schedule, as it offers teams a chance to solidify their NCAA Tournament resumes before league play ever begins. But a tough schedule brings the risk of amassing losses and being embarrassed in a primetime slot.

So who is playing the toughest nonconference in college basketball this season? After surveying every schedule in the sport’s top conferences along with those of other national contenders, five emerged as the best. It’s an inexact science, because the opponents for some teams will be determined how the brackets shake out in early-season tournaments. But for now, here’s a ranking of the toughest five nonconference schedules.

The preseason AP Top 25 rankings are used if applicable with Matt Norlander’s No. 1-358 rankings used for all others.

The Crimson Tide play three of last season’s Final Four teams in Gonzaga, Houston and Baylor. They also face No. 12 Memphis on the road. If things break as expected in the ESPN Events Invitational, the Crimson Tide could also play No. 3 Kansas. A meeting with the Jayhawks would mean this team ends up playing five of the top 15 from the preseason AP Top 25. That’s a crazy slate. Even the Crimson Tide’s “easy” nonconference games are against respectable foes such as Colorado State, Louisiana Tech, South Dakota State and Iona.

There are plenty of cupcakes on North Carolina’s schedule, as the Tar Heels start out with four games against teams ranked No. 150 or lower in Matt Norlander’s preseason 1-358 ranking. But when it ramps up, it really ramps up for the Tar Heels. They are guaranteed two games against preseason top-20 teams in the Air Force Reserve Hall of Fame Tip-Off, which ranks as our No. 1 early-season tournament. The first one is against No. 7 Purdue, and then they will play either No. 4 Villanova or No. 18 Tennessee the following day. Then, in December, UNC plays No. 6 Michigan in the ACC/Big Ten Challenge on Dec. 1 and UCLA in the CBS Sports Classic on Dec. 18. All told, the Tar Heels could end up playing four of the preseason top 10 teams.

The Bulldogs have little choice but to play a challenging non conference slate so that they can build a solid NCAA Tournament resume and get a taste of high-level competition before cruising through the relatively easy West Coast Conference. This year’s non conference schedule is particularly strong, with four games scheduled against preseason top-15 teams (No. 2 UCLA, No. 5 Texas, No. 9 Duke and No. 14 Alabama). Gonzaga will also play Washington and Texas Tech.

The No. 4 Wildcats play at No. 2 UCLA on Nov. 12 in their second game of the season. Eight days later, they will be taking on No. 20 Tennessee in the Air Force Reserve Hall of Fame Tip-Off. The following day, they will face either No. 7 Purdue or North Carolina. December brings a neutral-site game with Syracuse and a road game against defending national champion Baylor. There are plenty of easy wins incorporated into Villanova’s non conference schedule, but the big games are really big.

This schedule stands out as tough not only because of who is on it but also because of who is playing it. The Pirates finished 14-13 last season and missed out on the NCAA Tournament. This year, they are replacing leading scorer and co-Big East Player of the Year Sandro Mamukelashvili and are picked to finish fifth in the Big East. Facing No. 5 Texas, No. 6 Michigan and No. 17 Ohio State along with Rutgers won’t be easy. Throw in a potential game with Florida after the Ohio State game in the Fort Myers Tip-Off along with a contest against Iona, a 2021 NCAA Tournament team, and you get some tough tests for the Pirates.

The teams considered for the rankings were taken from the AP Top 25 and college basketball’s power conferences. But there are plenty of other programs playing particularly tough schedules. Here are a couple of tough schedules from mid-majors.

After going 14-8 during its first season in Division I, Bellarmine of the ASUN is loading up on tough games. The Knights play three teams in the preseason AP top 10 and five total games against top-60 foes before conference play ramps up. Considering that Bellarmine’s first-ever game as a Division I team was played at Duke last season, it’s obvious this program has little fear.

Every team in the SWAC loads up on road games against bigger names for financial purposes, and things are no different for Alabama State. What does stick about the Hornets’ schedule, though, is the presence of games at UCLA and Memphis. In total, Alabama State, coached by former NBA star Mo Williams, will play eight road games against teams that are either in a power conference or Norlander’s preseason top 100.