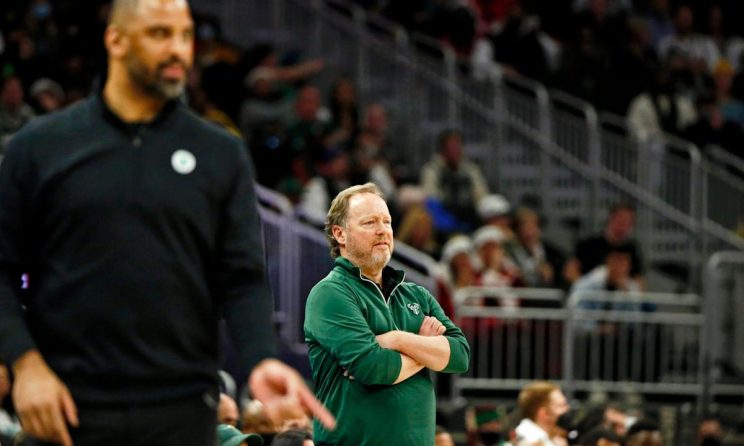 If you ask the fans who watched Game 3 of the series between the Boston Celtics and Milwaukee Bucks on Saturday, more than a few of them would likely say they had a bone to pick with how the game was officiated.

Not just Celtics fans, either — or even media who cover the team or the coaching staff or front office members who look at these games with a trained eye. No matter which way you slice it, the game had major officiating problems, with the NBA’s Last Two Minute Report for the game noting a total of FIVE incorrect calls or non-calls in a critical contest that went down to the final buzzer to be decided.

And it wasn’t just this game that there were problems with.

Early in the 2022 NBA Playoffs, there were gripes that the league was calling too many fouls as games seemed to slow to a crawl with trip after trip to the free-throw line.

Then, as the whistles got scarcer, physical play ticked up, with the resulting chippy play and subsequent injuries creating a whole new realm of (justified) concern over how the play has been more dangerous in the second round.

In the Celtics-Bucks series, even Boston head coach Ime Udoka risked a fine from the league to call out the fact that he had been told by refs that “if they don’t fall down, they don’t call it.”

“I’m going to have to teach my guys to flop more,” he half-joked at what could become a dangerous precedent that could end with star players out for the rest of the season or worse, fights, and all kinds of negative outcomes.

In short, the league has an officiating problem on several levels in need of rapid attention.

The safety concerns should not take a backseat to aesthetic concerns, and striking the balance while staying as true as possible to the rulebook is no easy challenge.

And when both Udoka and Bucks GM Jon Horst both have legitimate bones to pick — Horst recently highlighted the nearly two-to-one free throw disparity between Boston and Milwaukee in Game 3 — it’s clear that this is no case of salty fans unhappy with an unfriendly whistle.

“When you start looking at the numbers, … it’s pretty outrageous,” Horst said in a recent interview with The Athletic’s Eric Nehm.

“And I think our players and Boston’s players just deserve to have it be addressed and have it be looked at and to just have some improvement … That wasn’t a quality playoff basketball game, and I think officiating played a role in that.”

Similar sentiments could be heard around the league’s fans and analysts Sunday regarding the West semis matchup between the Dallas Mavericks and Phoenix Suns, and throughout the postseason more generally.

Fans are growing unhappy with a system they see as both unfair and unaccountable, and while it may have considerably more training and self-policing than most fans and even media may be aware, a general lack of transparency regarding the way the NBA referees their refs isn’t helping.

It’s not uncommon for even very knowledgeable NBA writers, for example, to be unaware the league uses a very complex system to train, assess, grade, and place league referees.

But, even the teams involved in that process do not have a clear picture of how individual refs are assigned to high-profile games.

The league uses three vaguely-defined guidelines to determine who gets promoted up the ranks for higher-profile games such as take place in the postseason, writes FiveThirtyEight’s Ben Dowsett.

Without a comprehensive idea of what exactly these guidelines entail, or how they are weighted against other factors, it includes:

specific input/rankings from each NBA team regarding individual referees, and

Want to know more? Per the author, you’re out of luck.

“The NBA steadfastly refuses to disclose (its internal review process) during any promotion or playoff assignment decisions,” suggests Dowsett.

“Multiple league staffers were also quick to point out that these three variables are not the end-all, be-all for these decisions. Important intangibles like communication and confidence are also factored in, especially for vital playoff assignments … the league will consider when selecting its 12 primary Finals officials each season.”

“This realm inspires some definite consternation in certain NBA executive circles,” he adds.

“Some believe that when it really comes down to it, vital playoff and Finals assignments are based on favoritism above all else,” relates the author, which doesn’t help yet another mini-crisis of legitimacy regarding rumors certain senior referees are deployed to extend series by calling them tight.

The solution to all the above? More consistency, and more transparency, with an eye to player safety and aesthetics, in that order.

And while it is easy enough to write about it, the processes going on behind the scenes will likely always leave some feeling dissatisfied about the refereeing outcomes in any given game or playoff series.

So long as the game is played in ways that minimize player injury and ugly play, salty fanbases will survive so long as that salt is sprinkled across the league consistently.