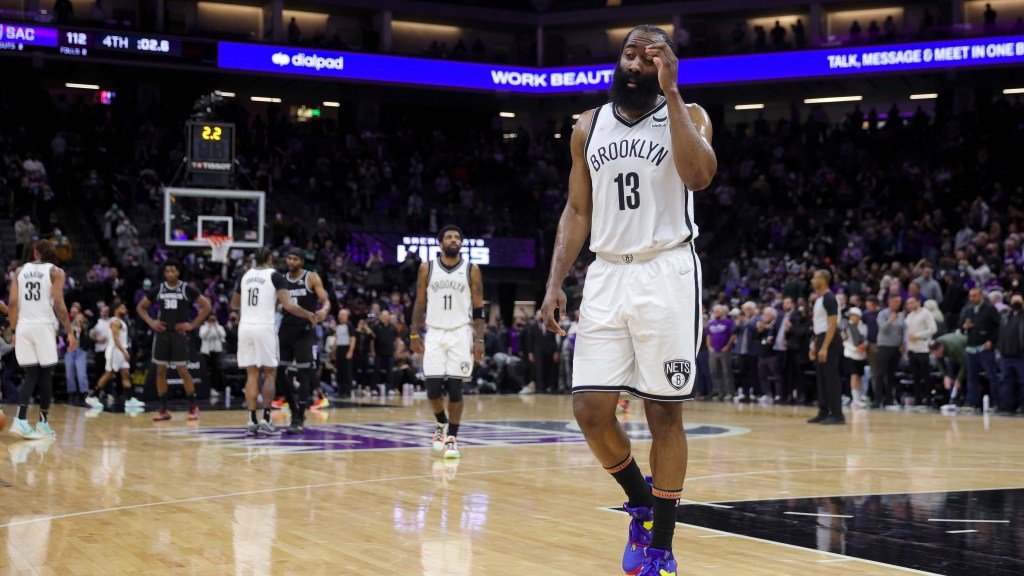 Sixers guard Tyrese Maxey is one of the most promising young ball-handlers in basketball right now, putting up nearly 17.0 points and 6.0 assists in just his second season.

So, naturally, his name is one that is brought up as part of talks between the Sixers and Nets as part of a Harden-for-Simmons swap.

However, according to O’Connor, who reported twice on the matter over recent days, Maxey will not be included in any such trade, even if it means Philadelphia landing Harden.

O’Connor most recently had this to divulge on the matter:

Sources say Maxey is totally off the table. He’s only 21, and is averaging 16.9 points and 4.8 assists per game in the second year of his career. He hustles on defense, is selfless and clutch, and does wild things like hitting layups while falling horizontally out of bounds. He can drain shots off the dribble and now he’s comfortably making 3s.

Sixers head coach was also recently asked if he’s talked to Maxey about the trade rumors surrounding his name, to which he responded:

Keith Pompey: #Sixers coach Doc Rivers was asked if he had a discussion with Tyrese Maxey in light of a report that Maxey could be an option to be packaged with Ben Simmons in a trade to the #Nets: “First of all, the one thing that I won’t do is all of the discussion is from a writer. Why would I … like, you know what I mean? Some of this stuff is crazy. I mean, there’s articles from, you know, I’ll get a call from one of our coaches telling me about an article from a guy that works for the agency of one of the agents. Why would we ever comment on that stuff? It’s so silly. So those are the things I stay away from and I don’t get involved in…”

Again, that could be more posturing through the media by Morey and Co., but Maxey truly is a hugely valuable asset with a lot of promise, so even if it means landing Harden, it’s hard to see the Sixers agreeing to part with him.

For the latest on the Tyrese Maxey trade front, click here.