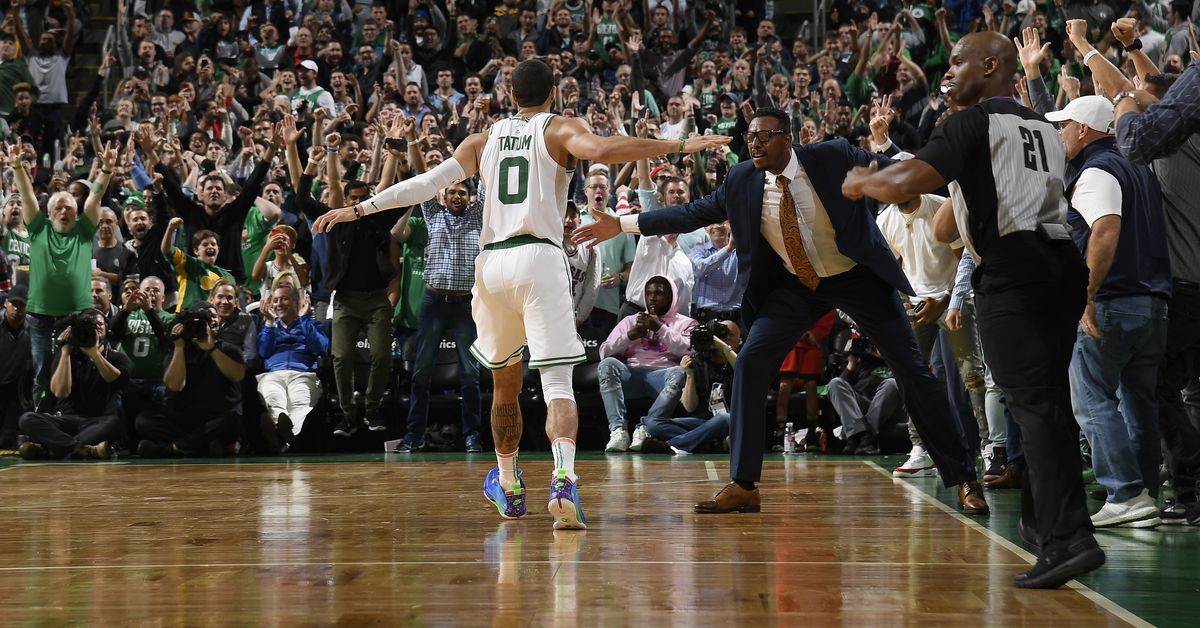 If you’ve been keeping up with All-Star festivities this weekend, you’ve noticed that there’s just a different vibe with the NBA celebrating their 75th anniversary in Cleveland. With many of the legends in attendance, you can’t help but feel your place in history.

For the 23-year-old Jayson Tatum, his fifth trip to All-Star weekend has been all about looking back, appreciating the moment, and looking forward. Meeting with the media on Saturday, Tatum talked about idolizing the late great Kobe Bryant and always planning on repping at the mid-season classic.

“I felt like if I didn’t make All-Star my third year, I would have felt like a failure,” Tatum said. “All the guys I looked up to, that’s when they make the All-Star Game, second or third year. I try to follow the footsteps of the guys I want to be like.”

In his rookie season, Tatum played in the Rising Stars Challenge and followed that up winning the Skills Challenge his sophomore year. Success came to Tatum quickly in Boston, but after a disappointing season last year, he’s kept grounded as a young father. His son, affectionately known as Deuce, has become a celebrity and fixture at Celtics games.

“That’s the plus of having a kid at 19. We’re growing up together,” Tatum said. “I think that it’s cool that he’s going to see me as my career goes and as he gets older, remember certain things and interact and things like that.”

For Tatum and Deuce, this season might represent the largest learning curve for the Celtics three-time All-Star. It’s the first time that Tatum and Jaylen Brown have been the focal point of the franchise and while the year had its bumps and bruises early, Boston is peaking at the right moment after winning 17 of 24 to start the new year.

“KG was my favorite Celtic of all time. I don’t play like him. I don’t act like him. You can appreciate people that are different than you and I think his swag and his attitude and what he brought to the game, I was always a fan of.”

“We dealt with a lot, COVID-related things and injuries at the beginning of the season. New team, new coaching staff. It took us a little longer to gel than I guess most people had hoped for. We’re clicking at the right time. Especially after All-Star break is when everything ramps up. It’s kinda go time after that.”

The Celtics are currently the sixth seed in the East and have a chance to host a first round series in April if they can maintain their defensive intensity and Tatum continues to play at a high level on offense. Since January 1st, he’s averaging 26 points, 8 rebounds and 5 assists on 46% shooting. But for Tatum, his individual numbers mean nothing if he’s not raising the Larry O’Brien trophy in July, Banner 18 in his lifetime, and hopefully, his number at TD Garden.

“I feel like everybody should aspire to get their jersey hanging up in the rafters,” Tatum said. “That ultimately means that you accomplished something special and hopefully, I can be around long enough to accomplish a lot of special things.”