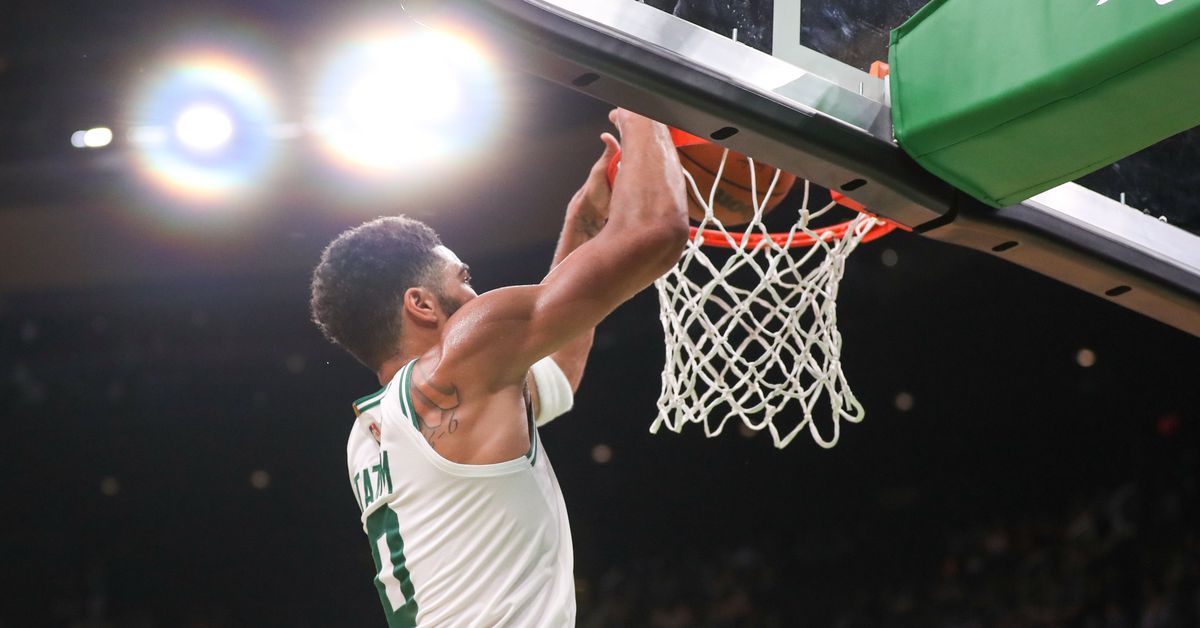 Seems like a year too early for him to actually win the award, but it also feels like he’s going to be so, so good this year. Attacking the rim and getting to the free throw line is going to boost his points per game and an increased attention to find open teammates when he’s double teamed is going to lead to more assists and more wins. The world is about to find out just how good Jayson Tatum can be.

Aaron Nesmith will be a starter before December

Ime Udoka isn’t going to want to do as much experimenting with the starting lineup as Brad Stevens did, and he might want to start the season with more veterans at tipoff. I don’t know if it will be the double big lineup or Josh Richardson or Dennis Schroder, but it will be someone that Udoka can trust with a big role from the start.

However, by the end of November, I feel like Nesmith is going to force his way into the staring lineup with his shooting and hustle play. The best case scenario for him is that his shooting spreads the floor to maximize the Jays. And if Summer League is any indication, he’s more than a one-trick pony.

Brad Stevens will make another trade before Christmas

Anyone else get the sense that Brad is not shy about pulling the trigger? Remember that December 15 is the date when most free agents signed in the offseason are eligible to be traded. Stevens himself has indicated that he’s not necessarily going to wait till the trade deadline if the right deal is out there to make. It seems like Danny Ainge was always intent on waiting to maximize his returns and sometimes got burned by missing out on potential deals as a result (of course there’s no way I can substantiate that – this is just my impression). Based on the summer we just had, Stevens might be more willing to get a net-neutral trade that puts our team in a better position going forward.

Ime Udoka will challenge every player to an arm wrestling match, …and win every time

Ime is the answer to the philosophical question of “what would you get if you cross Brad Stevens with Nick Fury?”

One way or another, he’s going to command the respect of the players in that locker room. A few guys have already bought in. Some others might be in wait-and-see mode. We may never know what methods he uses behind closed doors, but this is what I came up with in my head.

The unlikely pair seem like they have some great chemistry dating back to their days in Atlanta. They both could be huge X-factors, providing this team with elements and strengths that it has been missing for a couple of years.

I’m thinking Chris Tucker can play Schröder and Damon Wayans can play Horford. And of course Idris Elba can play Ime Udoka in the role of Chief of Police. Oh, and Adam Scott plays Commissioner Brad Stevens. Plot still a work in progress.

Enough of my rambling. Give us your best predictions and SWAGs below.