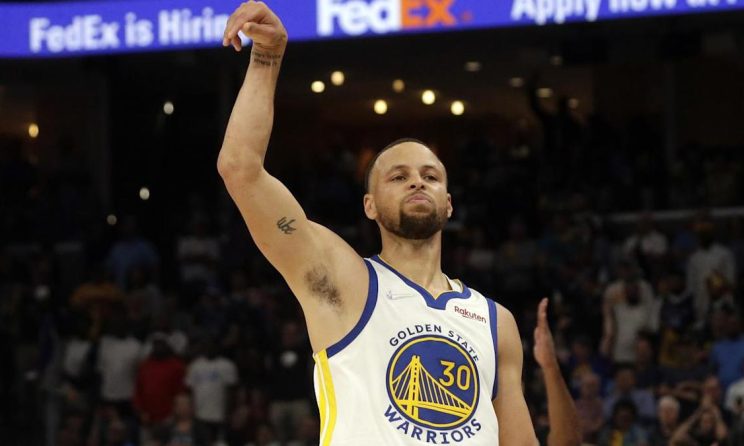 Steph Curry, like the rest of the Warriors, was having a rough night in Game 4 vs. the Memphis Grizzlies.

Through the first three quarters of an ugly 101-98 victory at Chase Center, Curry was a pedestrian 2-for-10 from 3-point range, only scoring 14 points.

So what did he do to get back his mojo? Change his signature Curry kicks of course, putting on the pair he wore in Game 3 when the Warriors blew out the Grizzlies 142-112.

In the fourth quarter, the Splash Brother returned to form, going off for 18 points and hitting eight clutch free throws in the final minutes to salvage a gritty victory for the Warriors.

Curry admitted postgame that the purple shoes kick-started his state of mind when asked about switching them up.

“Just understand we’ve been here before,” Curry lamented. “Whether we won or lost, the intentions of how we could give ourselves a chance in the fourth quarter was all we focused on and then got it done. Shock the system a little bit.”

The signature Curry 9s that he wore for the first three quarters had special significance. Those kicks were honoring the late Craig Sager, inspired by the colorful outfit Sager donned the last time he interviewed Curry.

In the end, the Warriors won with his purple-shoe closeout, and Curry was able to support a great cause. That’s the definition of a win-win.