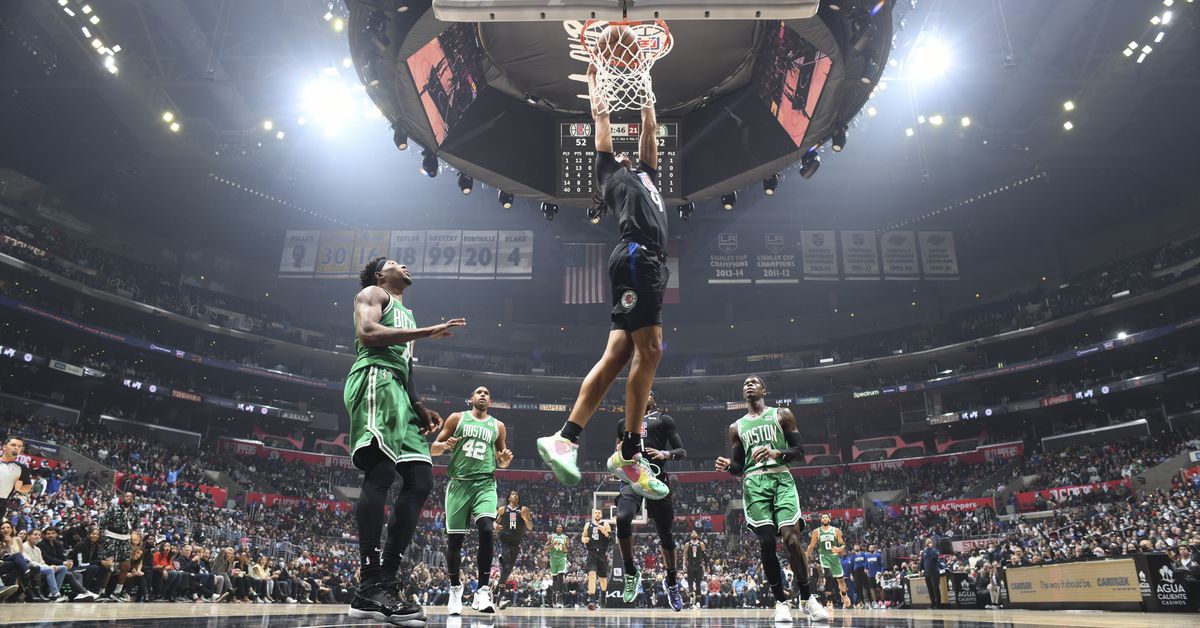 Heading into the second quarter against the Los Angeles Clippers, the Boston Celtics held a four-point lead. From early indications, a mixture of gritty offensive and defensive possessions would eventually give way to a big run from the Celtics, and then it would be cruise control late in the game.

According to Cleaning The Glass, the Celtics rank 8th in transition defense, limiting teams to 107.4 points per 100 transition possessions. However, they’ve often looked susceptible when tasked with slowing down speedy guards or wings in the open court. After Boston gave up seven points off their five turnovers in the first half, it would seem that Ty Lue instructed his team to get under their opponents, force mistakes, and then punish their inability to get back down the floor.

Of course, the Celtics helped the Clippers achieve their game plan, often turning the ball over due to some silly errors or mistimed passes, much to the frustration of Ime Udoka.

“The effort and inconsistency is frustrating at times. We talked about this kid (Boston Jr.), specifically him. But to play as well as we did in the first quarter, I mean, when you look at it, we won three quarters other than the second quarter with that 39-23 margin. Like I said, dug us a hole, and a lot of it was self-inflicted with the turnovers. Boston, we talked about how he scored 43 recently in the G-League, and on this team, his minutes have been going up, up, up, and so, I felt like we were surprised by him, and we specifically talked about him. Just like I mentioned, KYP, “Know Your Personnel,” know who’s playing, and this kid’s getting a lot of run with Paul George and some guys out. But the effort and inconsistency, that part is frustrating, to play the way we did in the second half and not muster up that energy in the first half, or really the second quarter is a little frustrating.”

Passes like the one in this play are always going to infuriate a coach when there’s not enough zing on them or when more accessible passes are available — think Aaron Nesmith in the corner on this one. Tatum had already dragged the defense into the mid-post area. A quick dump-off to Nesmith could have resulted in an open corner three attempt, which was what Tatum was looking to generate with his swing pass.

That turnover was just one of seven during the second quarter, which allowed the Clippers to score an easy 15 points, accounting for 38.5% of their offense during that stretch. The beneficiary of those open court points? That’s right! Boston Jr. The rookie wing added 10 points to his tally courtesy of turnovers, blending impressive rim finishing with some gutsy transition pull-ups that, had he missed, would likely have seen him go to the bench.

So, here we have a fast, shifty wing, attacking the Celtics in transition, off turnovers that were essentially gift wrapped. It might be December, but Christmas is still two weeks away.

The Celtics have to do a better job of challenging transition plays. We all hear about how everybody hates the take foul where you foul early in transition to protect from the drive, and while it does kill the flow of a game, there are moments when you can use it to your advantage, and this was one of them.

We also can’t let Tatum off the hook with how he defended this possession. If you’re the only one back in transition, you need to force the ball-handler away from the hoop, preferably towards their weaker hand, or you meet them outside of the paint and pressure them into waiting for help to arrive.

On this possession, Josh Richardson does a good job of forcing Boston Jr. away from the paint but gives up too much of an angle with his hip positioning and gets cooked with a behind-the-back crossover. Richardson can live with that; he had done enough to slow the transition play down and allow for help defense to slide over – or so you would have thought. Dennis Schroder, always so quick to turn on the jets when attacking the rim, slows down to a dawdle once he sees the crossover instead of darting towards the shot to alter Boston Jr.’s release point.

Of course, you can’t blame defensive possessions on individuals. That side of the ball is far more team-centric, but there has to be a sense of pride when you’re the only person standing between the rim and a scorer.

It should come as no surprise that the Celtics wilted once the Clippers began to turn up the pressure. Boston shot a dismal 22.2% from deep on 2-of-9 shooting in the second quarter and hit just 45% from the field. You can’t win games if you’re floundering around, giving up easy buckets, and not hunting your own shots on offense all at the same time.

The Celtics are learning quickly that one lousy quarter can be the difference between a win or a loss and that you need a certain level of pride to feed off during the close fights. But, surely, the whole point in adding more veterans to the roster during the summer was so that the Celtics didn’t need to re-learn these lessons. Isn’t that the point of limiting the young roster members’ development? Otherwise, what’s the point?

Same mistakes, same collapses, same problems – different rotation players, different coaching staff. Let’s hope that the team understands where their errors came from and rectifies them before they face the Phoenix Suns on Friday.