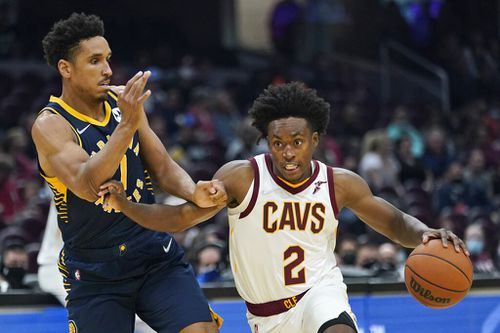 As the Indiana Pacers are preparing their tools for a rebuilding process after years of mediocrity and disappointments, they might seem to consider acquiring promising foundations that will fit on their desired long-standing future.

And reportedly, one building block could be the Cleveland Cavaliers combo guard, Collin Sexton.

In an article penned down by Joe Vardon of The Athletic, Cleveland may look for a tall microwave two-man who can take over for their competitive run so far, and Indiana might have to consider offering Caris LeVert in order to gain the service of Sexton who is absorbing positive impressions from some Pacers staff for being a “terrific scorer.” Still, the talk  remains nonexistent about the ideal swapping on both sides.

“If the Pacers ultimately decide to rebuild and trade veterans such as Caris LeVert, what he does is something the Cavs don’t have at present as a tall guard who can score consistently. Indiana, sources said, likes the Cavs’ injured guard Collin Sexton as a “terrific scorer,” though the Pacers have not yet brought him up in the discussions they’ve had with Cleveland’s executives.“

Sexton, who is set to become a restricted free agent in the next offseason, is officially out of the 2021-2022 season after suffering from a torn meniscus in his left knee last November, and he may be a possible perfect fit for the Pacers who is now looking beyond with a downing 12-16 record so far. As such, the Indy squad was announced to be active in trade talks to ship away LeVert, Domantas Sabonis and Myles Turner before the Feb. 10 deadline.

Meanwhile, the talented Cavs are having a productive burst so far with a 16-12 card, good for the 5th spot in the Eastern Conference. The franchise has been looking to secure a playoff bid since the time of the LeBron James saga in 2018.