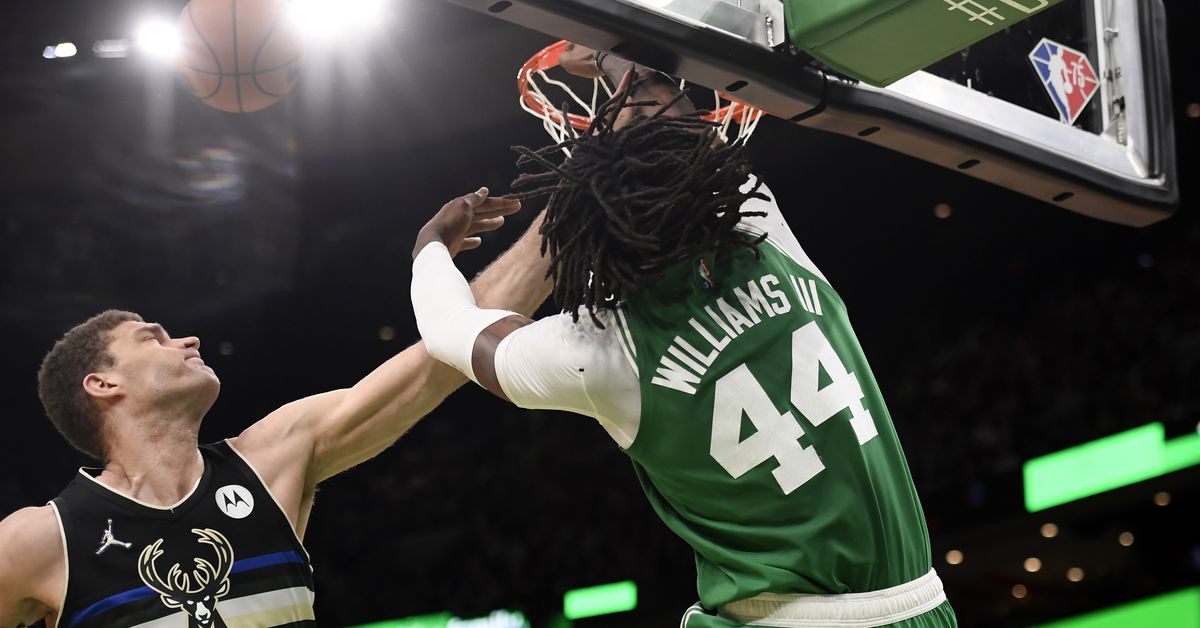 After missing Game 4 with soreness in his left knee, Robert Williams could potentially miss more time. With the series against the Milwaukee Bucks deadlocked at 2-2, the Boston Celtics are listing their starting center as questionable for Wednesday night’s Game 5.

After returning from torn meniscus surgery slightly ahead of schedule for Game 3 against the Brooklyn Nets, Williams ramped up his activity heading into the second round and had his best performance in Game 3, filling up the stat sheet with 10 points, 5 rebounds, 4 assists, 2 steals, and 3 blocks in just 23 minutes.

But heading in to Game 4, the team listed him as out with knee soreness right before tip off.

“He had soreness today. It just kinda flared up kinda out of nowhere. He didn’t feel anything yesterday or during (Game 3). It wasn’t an incident,” head coach Ime Udoka said before Game 4. “He had a little flare up, it got irritated. He tried to warm up and he didn’t feel good enough.”

Per Udoka, there was no further testing on Williams’ knee. Soreness was expected post surgery, but Monday’s was a little more than normal. “Questionable” isn’t “out,” so there’s still hope that Williams could suit up in a pivotal Game 5 in Boston.