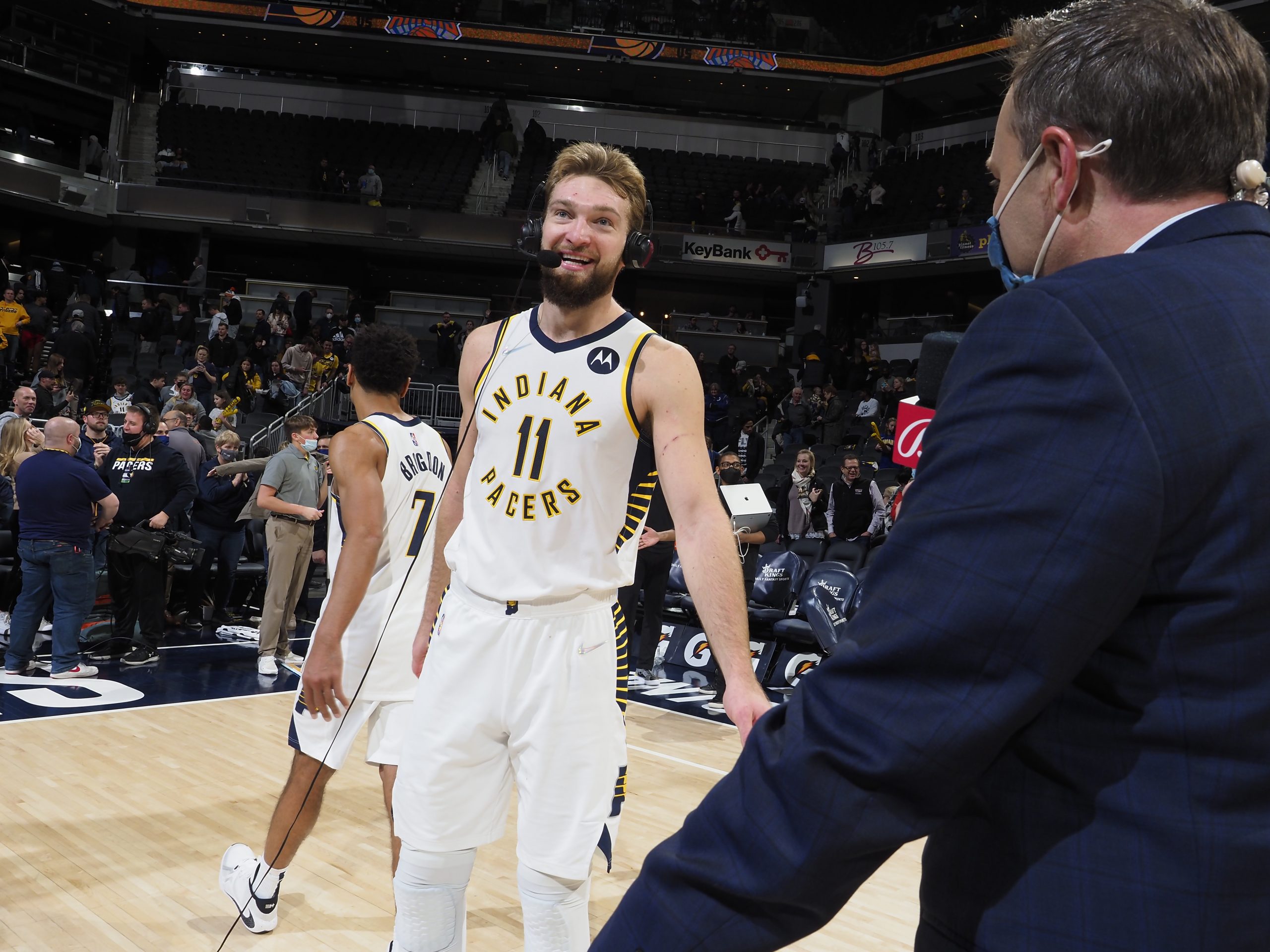 The Indiana Pacers look to be considering a rebuild amidst a 10-16 start to the season. According to reporting from The Athletic, they are expected to open up trade conversations around some of their veteran stars.

According to reports, the Pacers have been receptive to trade talks centered around potentially moving Caris LeVert, Domantas Sabonis, or Myles Turner. All three have received interest from rival teams, in particular Sabonis and Turner, who have garnered frequent calls about their availability over the past several seasons.

However, newly hired Coach Rick Carlisle wants to keep the two big men together and have them around to help grow with the current roster. Sabonis is regarded as the Pacers’ best player and through 26 games this season, the 25-year-old is averaging 17.8 points, 12 rebounds, and 4.1 assists. Sabonis’ scoring is at its lowest since the 2018-2019 season, but he remains a valuable asset for the franchise.

It’s unclear to rival teams how quickly the Pacers will begin to make moves, but teams around the League expect the franchise to be patient with its trade prospects and decide on the best offers they can negotiate.

Since Malcolm Brogden is coming off a freshly signed two-year extension, keeping him around until 2025, he is ineligible to be traded during the 2021-2022 season. NBA bubble star TJ Warren has yet to play this season, battling a persistent foot injury that has only allowed him to play four games since last season. Warren reportedly told the front office that he wished to remain with the team.

The Athletic further details that Chris Duarte and Isaiah Jackson are primed to gain more playing time if Sabonis and Turner are moved. The 13th and 22nd overall picks respectively in the 2021 NBA Draft. Thus far in his rookie year, Duarte has shown to be a dependable two-way favorite of Carlilse, averaging 13.1 points, 4.1 boards, and 2.0 dimes a game.

The Pacers, led by owner Herb Simon, are a team that’s avoided going into a rebuild and have always attempted to put the best they can on the floor, even if that means being a bottom two playoff seed or losing in the first round of playoffs. With the Pacers dead last in fan attendance, the Pacers might be asking themselves, how much worse can it get?