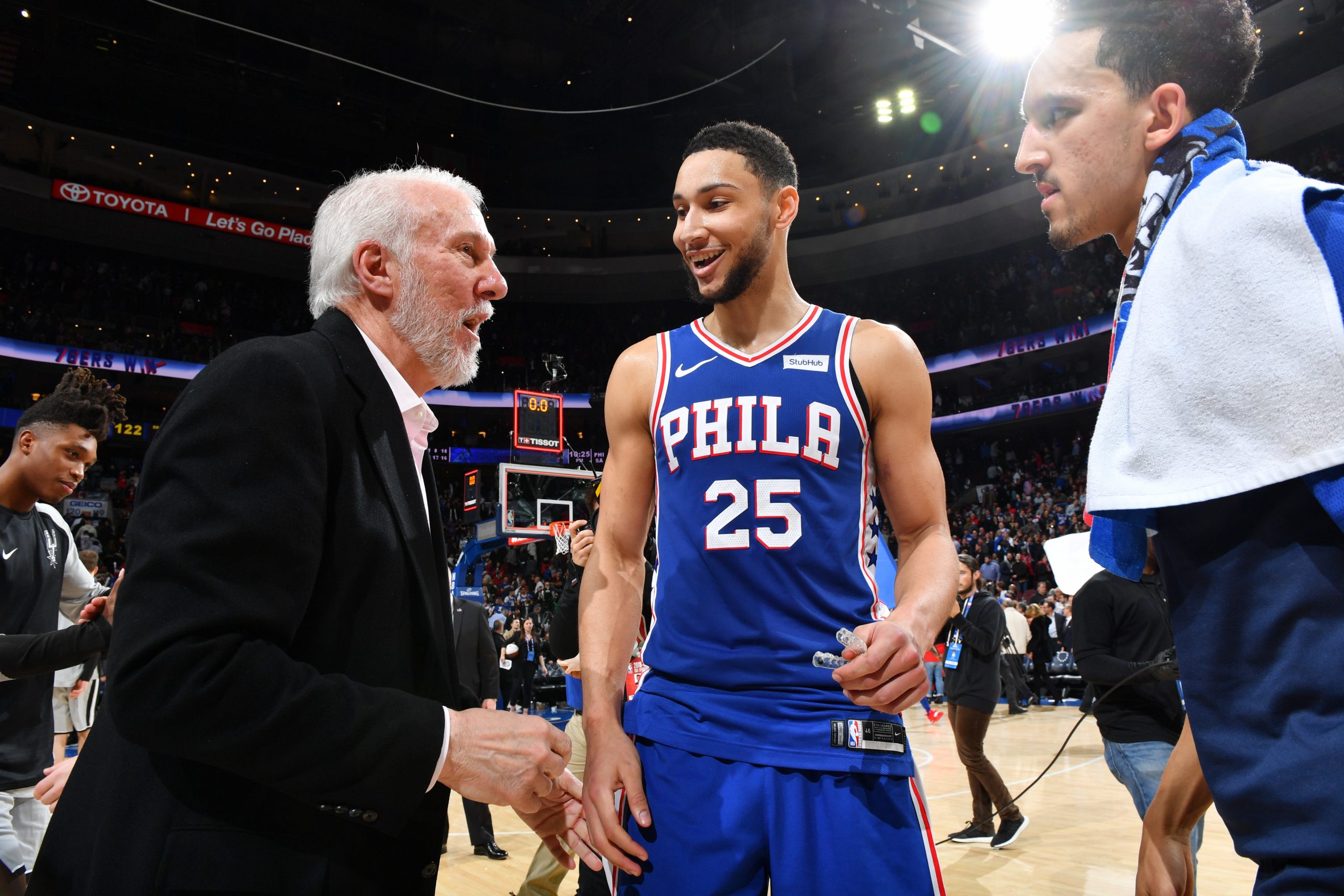 For the past few months, the much publicized stand-off between Ben Simmons and the 76ers organization led by Daryl Morey appeared to, in Morey’s own words, “go on for a long time.” While Simmons maintains he is “not ready mentally to play,” the franchise continued to fine the three-time All-Star for the games he missed.

According to Marc Stein, it is rumored that “Simmons would welcome the opportunity to play for [Gregg] Popovich if the Spurs found a way to acquire him.”

With that, Bleacher Report’s Zach Buckley has put out a possible scenario for the deal to get done. The deal included Dejounte Murray, Devin Vassell and Doug McDermott.

Buckley writes: Add elite defense to the equation, and Murray might qualify as a “difference-maker,” which is the stated target of 76ers president of basketball operations Daryl Morey in the Simmons trade talks. Murray could check a lot of the same boxes as Simmons, albeit with far less size (6’4″, 180 lbs. to Simmons’ 6’11”, 240 lbs.) but more shooting. What could tip the scales for Philly are the additions of Devin Vassell, a three-and-D wing with some off-the-dribble verve, and Doug McDermott, a 6’7″ sniper and clever off-ball cutter. All three players could factor into the Sixers’ rotation right now, and this underperforming roster could use the relief.

Whether these players are among the 30 players the Sixers are looking at based on a report from The Athletic’s Sam Amick, in a potential deal for Simmons is unclear.

But for now, it seems that one side is rumored to be interested.