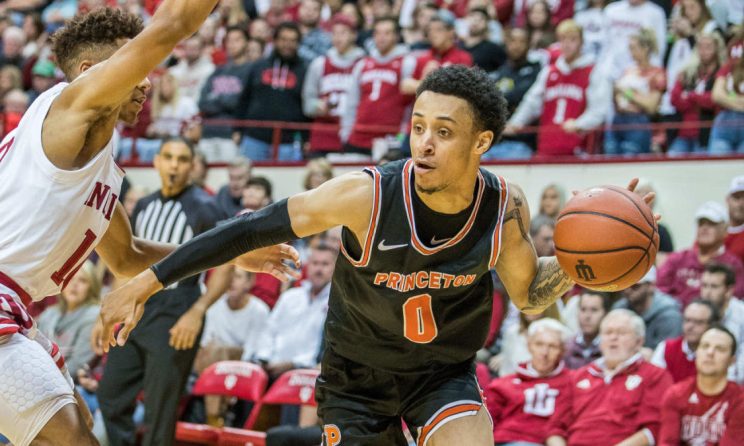 The Princeton Tigers will look to continue their home dominance when they take on the UMBC Retrievers in a nonconference matchup on Monday. The Tigers (8-3), who are back in action after not playing last season due to the coronavirus, are 5-0 on their home floor this year. The Retrievers (5-4), who have struggled on the road, dropping four of five games, are looking for their first-ever win over the Tigers. Princeton has won three previous meetings, with the last one being a 68-56 Tigers win on Dec. 2, 2003.

The game from Jadwin Gym in Princeton, N.J., is scheduled to tip off at 6 p.m. ET. UMBC is averaging 78.3 points per game, while Princeton averages 79.4. The Tigers are six-point favorites in the latest UMBC vs. Princeton odds from Caesars Sportsbook, while the over-under for total points scored is set at 153.5. Before making any Princeton vs. UMBC picks, be sure to check out the college basketball predictions and betting advice from the SportsLine Projection Model.

Now, the model has set its sights on Princeton vs. UMBC and just locked in its picks and CBB predictions. You can visit SportsLine now to see the model’s picks. Here are the college basketball odds and betting trends for UMBC vs. Princeton:

Why Princeton can cover

Senior guard Ethan Wright is coming off a 22-point performance on 10 of 17 shooting from the field in Saturday’s 84-73 win over Lafayette. Wright has scored 20 or more points three times this year, including a season-high 29 points in an 89-79 win over Fairleigh Dickinson on Nov. 28. He has reached double figures eight times and has recorded four double-doubles. In 30.2 minutes per game, he is averaging 13.5 points, eight rebounds, 2.2 assists and 1.4 steals.

Also powering the Tigers is junior guard Ryan Langborg, who scored eight points and grabbed two rebounds in the win over Lafayette on Saturday. He has reached double figures eight times on the year, including a season-high 18 points against Fairleigh Dickinson. Langborg is averaging 12.9 points, 3.9 rebounds, 1.7 assists and one steal per game. He is also connecting on 48.9 percent of his field goals, including 45.5 percent from beyond the arc, and is hitting 84.6 percent of his free throws.

Why UMBC can cover

The Retrievers have just two players averaging double figures, but are balanced with nine players scoring five points or more per game. Senior guard Keondre Kennedy is tops on the team, averaging 14.3 points per game, as well as 4.7 rebounds, 1.8 assists and 1.2 steals. He is connecting on 49.5 percent of his field goals, including 43.6 percent of his 3-pointers, and is hitting 77.8 percent of his free throws. He scored a season-high 21 points in a 98-67 win over American on Nov. 23.

Senior guard Darnell Rogers has been on a roll, reaching double figures in seven of nine games, including each of the last five. His best game was a 23-point performance in a 91-75 win over Western Carolina on Nov. 19. He is coming off an 11-point, five-assist game at Georgetown on Wednesday. For the year, Rogers is averaging 12.8 points, four assists, 2.2 rebounds and 1.4 steals.

How to make UMBC vs. Princeton picks

SportsLine’s model is leaning under on the total, projecting 153 combined points. It has also generated an against-the-spread pick that cashes in 60 percent of simulations. You can only get the model’s pick at SportsLine.