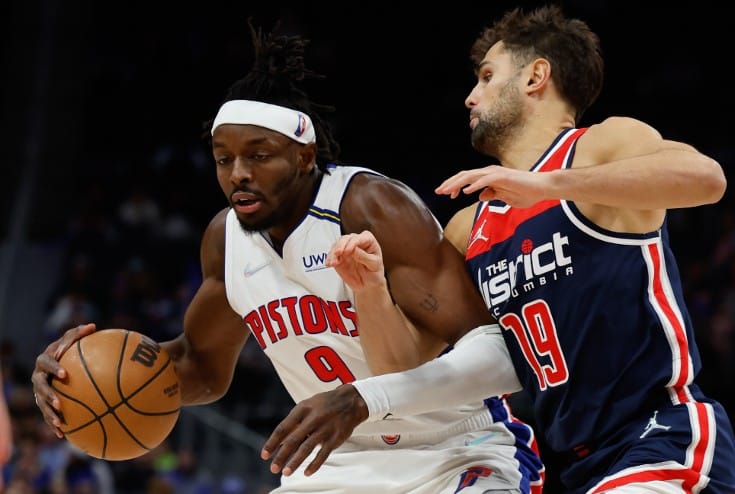 For Monday night’s Eastern Conference rematch on Valentine’s Day, the Detroit Pistons (12-44, 26-30 ATS) are seeking to defeat the Washington Wizards (25-30, 20-33-2 ATS); NBA picks are posted here. Will the Wizards pick up their third consecutive win against the Pistons? Along with the starting lineups, our top NBA picks and betting trends are available below.

All Pistons vs Wizards betting odds can be found at BetOnline

Moreover, on Friday, in the Pistons’ 141-119 blowout loss at home against the Hornets, forward Saddiq Bey led his team in scoring. He piled on 25 points in 35 minutes played. Hamidou Diallo also closed out his outing with 16 points and 7.0 rebounds in 27 minutes spent on the court. Detroit has won just one of its past 10 games; the team is on a seven-game losing streak. Including this defeat, the Pistons are 4-24 away, 8-20 at home and 12-16 ATS on the road this season.

As for the Wizards, in their 123-110 home loss versus the Kings on Saturday, guard De’Aaron Fox scored a team-high 26 points in 38 minutes played. Forward Harrison Barnes ended his performance with 21 points, 5.0 rebounds and 2.0 assists in 33 minutes of action. Washington has won only two of its last 10 contests. Last Thursday, the Wizards bounced back from back-to-back losses by defeating the Nets. The team is now 14-15 at home, 11-15 away and 12-16-1 ATS at home.

Per ESPN’s Basketball Power Index, the Wizards have a 63% probability of winning.

Furthermore, in the previous three head-to-head matchups, the Wizards are 2-1 against the Pistons. On Dec. 8, 2021, the first time these teams played one another during this regular season, Washington won 119-116 in overtime at Little Caesars Arena. The Pistons have not defeated them since Apr. 1, 2021, when they won 120-91 in their own stadium.

On another subject, Kristaps Porzingis and Daniel Gafford remain out for tonight’s game. Last Thursday, the Mavericks traded Porzingis and a second-round draft pick to the Wizards for Spencer Dinwiddie and Davis Bertans. Per sources, Gafford has cleared the NBA’s health and safety protocol; he is currently practicing with the team.

Kristaps Porzingis and Daniel Gafford remain OUT for tomorrow’s game against the Pistons, the Wizards say. Gafford, though, is listed as return to conditioning which indicates he has cleared protocol.

Heading into this intraconference rematch, Washington is a four-point favorite at home. The Wizards have disappointed a lot of fans as well. However, they are the more dependable team to win based on the circumstances. In conclusion, think about picking the Wizards to win, they will cover the spread and the total will go under 219. If you have never placed a bet, read our handicap betting guide. Other NBA Picks are on the main page.