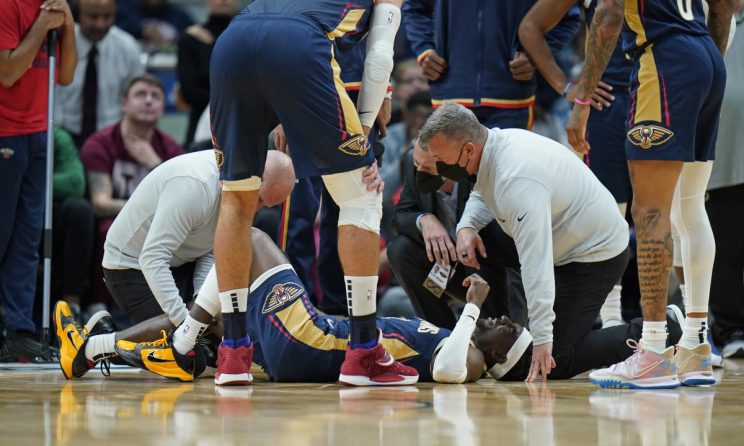 New Orleans Pelicans guard Kira Lewis will miss the rest of the season after suffering a torn ACL in his right knee, the team announced on Thursday.

Lewis suffered the injury in the first half of their 120-114 overtime loss to the Denver Nuggets on Wednesday night. He also suffered a Grade 2 MCL sprain.

The team has not yet announced a timeline for his return.

“It’s hard,” Pelicans coach Willie Green said Thursday, via ESPN. “The hard part of sports is dealing with injuries like this. Kira, he means so much to our team. He was starting to come into his own, I think everyone can see that. To have a blow like he has now is tough.”

Lewis went up for a shot midway through the second quarter on Wednesday night at the Smoothie King Center, and his right knee gave out without making contact with anyone. He remained on the ground clearly in pain while training staff helped him eventually walk off the floor and back to the locker room.

Pelicans guard Kira Lewis Jr. will miss the rest of the season after suffering a torn ACL. (AP/Gerald Herbert)

“It looked scary,” Brandon Ingram said, via ESPN. “It took me a moment to get back into the game a little bit. I immediately try to pray for him. It looked pretty bad.”

Lewis has averaged 5.9 points and 1.6 rebounds off the bench for the Pelicans so far this season, his second in the league. The 20-year-old, who the Pelicans took with the No. 23 overall pick in 2020 out of Alabama, is in the second year of his initial four-year, $17 million deal.

The Pelicans nearly got the Nuggets on Wednesday night, but reigning MVP Nikola Jokic dropped a season-high 39 points with 11 assists and 11 rebounds to pull out the win. 11 of his points came in overtime, too. Jonas Valanciunas led New Orleans with 27 points and 11 rebounds, and Herbert Jones added 19 while shooting 8-of-11. Lewis finished with five points and three assists in nine minutes.