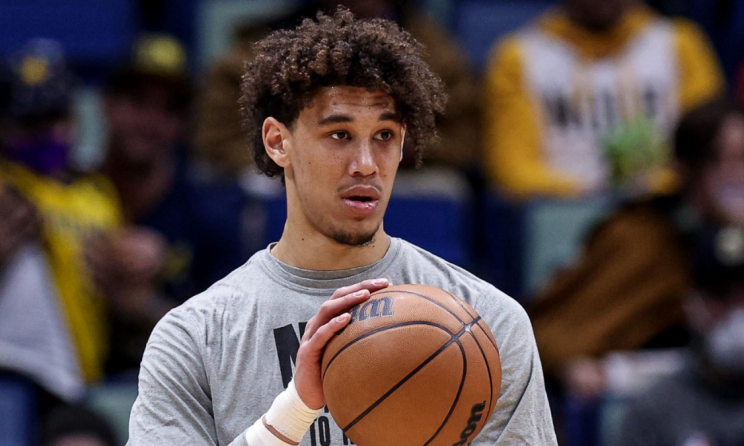 New Orleans Pelicans big man Jaxson Hayes was formally charged with 12 misdemeanor counts stemming from his arrest in Los Angeles during the summer of 2021, according to court documents obtained by ESPN. Among the charges are domestic violence and battery against an officer.

In a statement, the Pelicans said that they are working with the NBA to address the situation. “Since before the charges were filed, the Pelicans have worked in conjunction with the NBA on the matter and will continue to do so moving forward.”

Last July, police were called to the house of Hayes’ then-girlfriend, where they found him outside. Hayes, who told officers that he and his girlfriend “were just having a little argument,” was instructed to remain outside while they handled the matter. That is when things became contentious.

The police say Hayes was uncooperative and ultimately shoved an officer as they tried to restrain him. As multiple officers wrestled with Hayes on the ground, one used a taser on Hayes’ chest, and another placed his knee on Hayes’ neck. Hayes was heard in bodycam footage yelling “I can’t breathe” multiple times, and later taken to the hospital for minor injuries.

The Los Angeles Police Department’s Force Investigation Division has opened an investigation into whether excessive force was used during Hayes’ arrest. During a news conference last year, LAPD Chief Michael Moore said the incident was being reviewed because of “the possibility of force being applied to the suspect’s neck during the use of force in taking him into custody.” It could take up to a year for the results of that investigation to be released, however, per the New Orleans Advocate.

Hayes has appeared in 33 games for the Pelicans this season, averaging 6.8 points and 3.4 rebounds. He has also spent time in the G League with the Pelicans’ affiliate, the Birmingham Squadron.