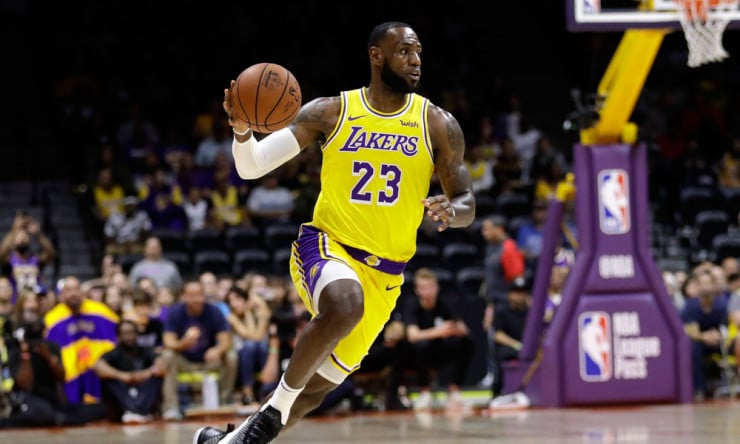 Will the Lakers make it two in a row? Or will the Magic stage an upset in Hollywood?

The Lakers opened on the betting lines as the lopsided favorite at -10 points, which doesn’t surprise many. Meanwhile, BetUS and other bookmakers look forward to seeing a high-scoring contest with the total set at 220.5 points.

Anthony Davis may miss more games than expected as his injured knee bothers him. The All-NBA big man sat out of the Lakers’ 116-95 victory over the Oklahoma City Thunder on Friday with knee soreness. The general belief then was Davis would be just giving his knee some rest. However, the issue appeared more severe than initially perceived. Lakers head coach Frank Vogel explained Davis’ injury situation during his media availability.

Khabib Price of the Orlando Sentinel isn’t losing hope for the Magic and its future. The writer said there’s a lot of reason to feel optimistic about the team moving forward, the biggest reason is the impending return of former no.1 pick Markelle Fultz.

“Fultz could continue practicing with Lakeland once the Magic return to Central Florida depending on the Magic’s practice, travel and game schedule,” Price reports.

The Orlando Magic have dropped their last four games against Western Conference teams on the road. Last Saturday, the Magic made a good account of themselves following their narrow 106-104 loss to the L.A Clippers. Cole Anthony fired for 23 points and Frank Wagner added 20 points to lead the starters. Terrence Ross also contributed 22 off the bench, but the Magic’s upset bid got thwarted by Reggie Jackson’s go-ahead jumper with 2.2 seconds left.

The Lakers, meanwhile, finally exacted revenge on the Thunder after falling prey to the same team twice this season. LeBron James poured in 33 points, 5 rebounds and 6 assists to lead the way for the Lakeshow. Los Angeles also received steady support from Avery Bradley, who recorded 22 points in 26 minutes. The Lakers’ defense stifled the Thunder to under 40 percent FG shooting and 22.7 percent from beyond the arc.

Fearless Forecast: The Lakers will beat the Magic outright but fail to win an ATS.

There’s no doubt the Lakers will come as the hands-down favorite in this match. They have the star-power and firepower to overwhelm any below .500 opponents. However, with the uncertainty surrounding Davis’ and James’ availability in the match, the Magic might have a bit of chance to turn it into an intriguing ballgame. Then again, the Lakers will remain the huge favorite to capture the win because of the sheer offensive force they have in their arsenal and their home crowd.

Pick: The Lakers win SU, but the Magic manage to cover the spread. UNDER 220.5 points.