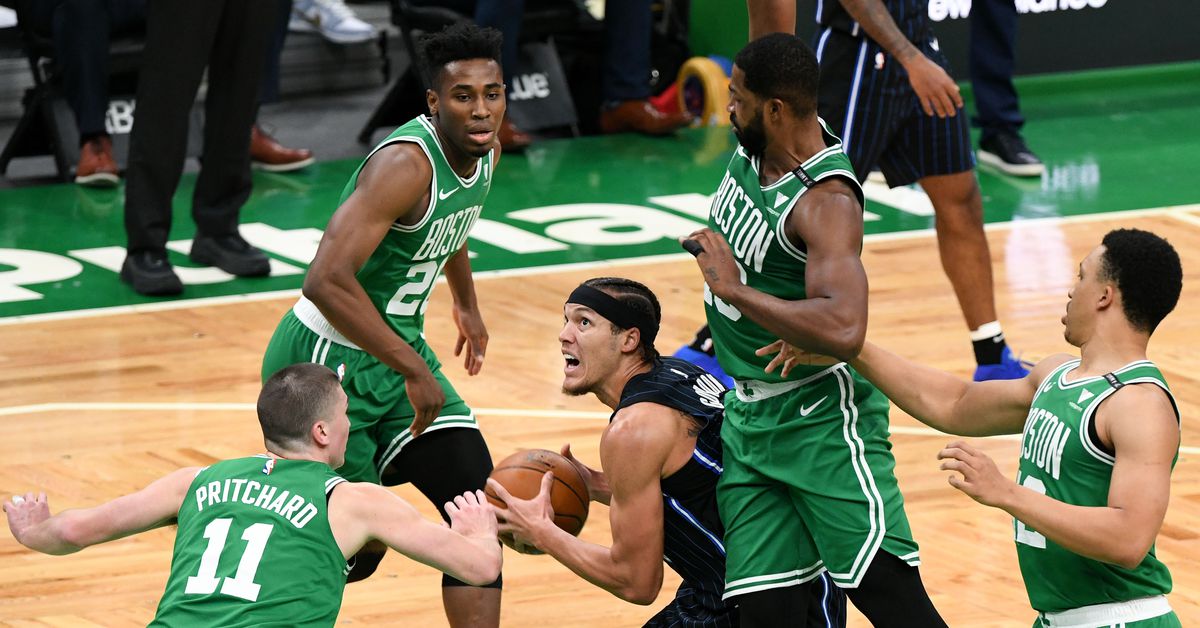 Marcus Smart, Jayson Tatum, Dennis Schroder, and Josh Richardson will miss Boston’s third preseason game in Orlando for rest. Jaylen Brown and Al Horford are out too and in the league’s health and safety protocols after testing positive for COVID.

On the surface, this may seem like a more legit test for the Summer Celtics in Vegas or a Maine Red Claws alumni game, but with only two preseason games and exactly a week before the start of the regular season in Madison Square Garden, there are still roles and playing time still up in the air.

With six rotation players out of the mix, here’s a possible starting lineup and depth chart for tonight:

Nothing crazy. It’s basically the five players from the last three draft classes with three veterans backing up the front court. But again, this shouldn’t be considered some glorified Summer League game for the players and coaches. There’s weight here.

For Payton Pritchard, he’ll have a chance to test his chops again as starting point guard. Against the Magic ten days ago, Pritchard played mostly next to Schroder as an off guard. “Another thing we’ve talked about that’s worked well in practice, and we want to see if it can translate to the games, would be Dennis and Payton playing together at times,” Udoka said after Monday’s practice. “Two playmakers and obviously Payton’s shooting ability. We want to see at times if we can get away with that smaller lineup, especially at the guard spot. So we’re looking at all those things in the preseason and we’ll look at some of those lineups in these last two games.”

Udoka has stressed how effective his shooting is at that “four-point” range, but on Saturday night with Schroder out with a knee contusion, Pritchard ran the point with the second unit and tallied five assists in seventeen minutes. He’ll get that chance again tonight. If Smart and Schroder are both healthy, he’ll most likely defer point guard duties to them, but if he can prove effective in the pick-and-roll in Orlando and get in the teeth of the defense, it might warrant “playmaking” responsibilities in the future.

For Grant Williams and Romeo Langford, it’s just another opportunity to show that their good play so far hasn’t been a fluke. The pair have been lights out from behind the arc (Williams 3-for-5, Langford 5-for-6), an area that they were both once shaky before. In a offense littered with playmakers, they won’t be asked to do too much with the ball in their hands.

However, they’re still fringe rotation players. Schroder, Richardson, Pritchard, Nesmith, and even Enes Kanter seem like locks to get minutes in October, November, and December. To make an even stronger case, Williams and Langford will have to prove that there are multiple dimensions to their game. After slimming down in the offseason, Williams is quicker on his feet and has frankly looked more like a small forward than a power forward. That will come in handy against an Orlando team flush with wings and not a lot of bruiser types. Langford’s task might be even taller though. Pritchard is the only true ball handler of the bunch which means that Langford is going to have to create a bunch off the dribble. Before heading to the front office, Stevens projected Langford as an Evan Turner-type with his size and deliberate style of play. Let’s see if he can play well on the ball as he has off the ball so far.

With Friday night’s game in Miami as the final testing ground before wins and losses start counting for real, it’s obviously not ideal to lose valuable game time for a team that still has many questions unanswered. What combinations work? Who can provide more juice off the bench rather than as a starter? Will the Celtics force their team style onto their opponents or will they be counterpunchers? For a handful of players, they’re still in the clinical trial stage and Wednesday night is another chance to gather more data points.