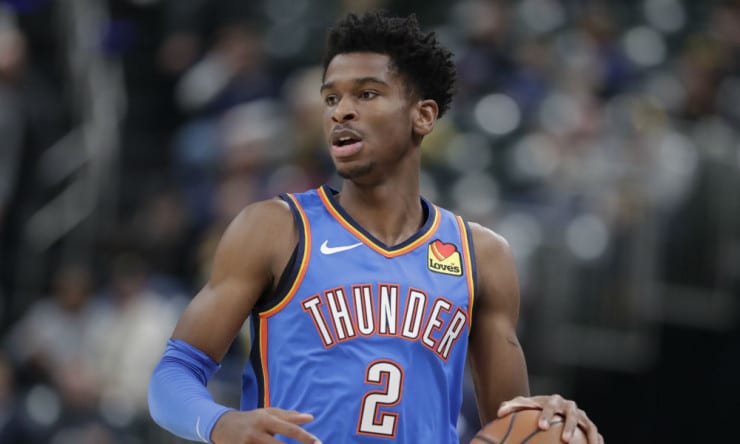 The Portland Trail Blazers made headlines with what many consider to be a head-scratching deal for them dealing away Norman Powell and Robert Covington to the Los Angeles Clippers. On the heels of this trade, they will be taking on division rival, Oklahoma City, who just upset the Dallas Mavericks. Can Portland find their footing against a rebuilding rival? Especially since the Thunder already defeated the Blazers once this week? We will find out soon enough.

With Damian Lillard still leading the way for the Trail Blazers, expect a big game from him. The Thunder may put up a fight, but Lillard, tallying 24.0 points per game, 7.3 assists per game, and an effective field goal percentage of 48.6 percent, will have a big night against a young and rebuilding team. However, do not sleep on the Thunder’s weapons. Josh Giddey just won Western Conference Rookie of the Month and Shai Gilgeous-Alexander is one of the better guards in the league with totals of 22.7 points per game and 5.5 assists per game. So far, the Thunder lead the season series one game to none, but there will be plenty more matchups between these two teams considering they are both in the Northwest Division.

With the Trail Blazers’ depth taking a major hit from the trade, this will be far from an easy win for them. However, with the backcourt of Lillard and McCollum leading the way, it should be just enough to will Portland over a lowly Thunder squad. However, if either one has an off night, it will spell trouble for Portland. With all that being said, the safe pick is still the Portland Trail Blazers defeating the Oklahoma City Thunder in a surprisingly close battle.