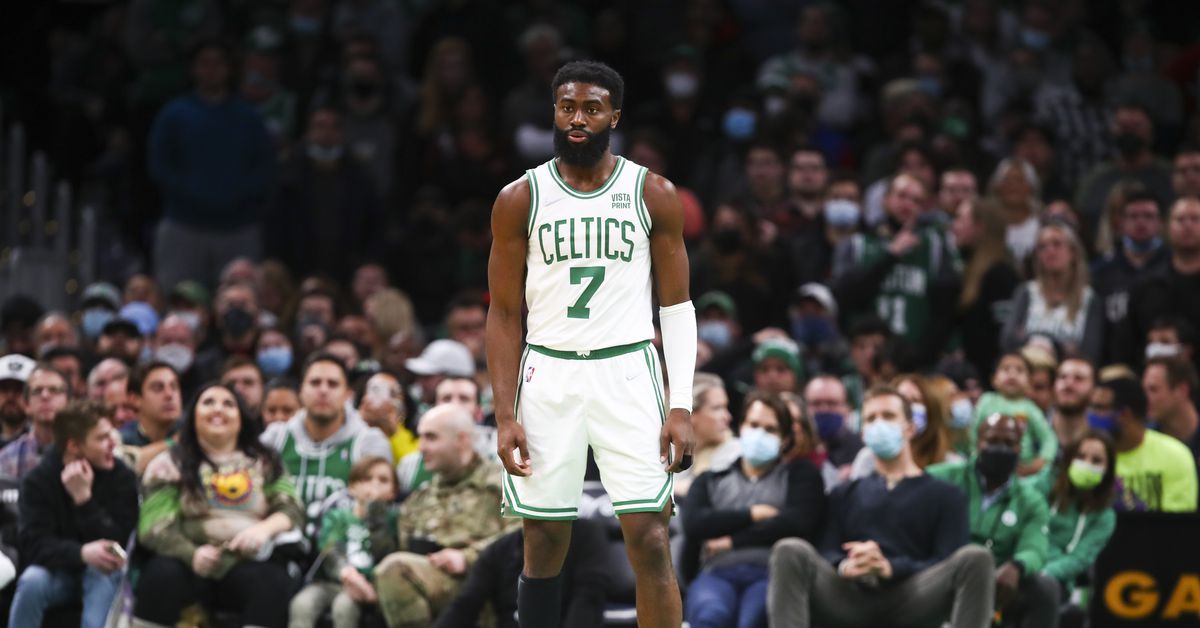 It shouldn’t have been any surprise that the news cycle centered around Jaylen Brown Monday. The Celtics were struggling again and therefore the vultures are going to come out. Hey, I can’t blame them. If I were a fan of another team, I’d be itching to see the Celtics break up their core as well. After all, that’s exactly what we’ve done with Anthony Davis, Bradley Beal, Karl Anthony Towns, and several other stars of struggling teams.

Here’s what seems to have sparked the discussion:

That sounds a lot like one man’s opinion. On a certain level you can see where he and others are coming from. The mix hasn’t worked thus far with Jayson Tatum and Brown as the focal point of the team. So one of the potential options is to break them up. I get it.

The key point here is that option needs to be the last resort after you’ve fully explored every other avenue available. And we aren’t even close to that point yet.

Teams tank for a decade in hopes of landing two franchise level players like Tatum and Brown. You witnessed last night what this duo can do when the team is playing together and getting the right kind of support around them.

The only way I’d consider trading Brown at this point would be for another top 20 player in their early 20’s. You know, basically what Daryl Morey is reportedly looking for with Ben Simmons. Of course the difference is that Jaylen Brown hasn’t gone full AWOL on his team and wants to be part of this plan going forward.

Our old friend Kevin O’Connor weighed in as well:

Moving one of them, more likely Brown, could lead to a massive return and realign the roster around the remaining star and the incoming players. But who’s the main target: Ben Simmons? Bradley Beal? Domantas Sabonis? CJ McCollum? De’Aaron Fox? The list of realistically acquirable All-Star-caliber players is short. Waiting for the next crop of stars on the move could be far more appealing. Before moving either Brown or Tatum, Stevens should explore changes elsewhere on the roster, by looking at the Celtics’ multiple tradable short-term contracts (Smart, Josh Richardson, Al Horford) and young players who have shown promise (Robert Williams III, Romeo Langford).

This is where I’m at as well. Continue to look for the right pieces to put around Tatum and Brown. Use whatever trade assets you have. Develop the guys already on the roster. Draft intelligently. Add the right free agents. Make the right rotation and scheme decisions that maximize your personnel.

If, and only if all of that has failed after another 12-18 months, then yes, you’ll have to consider moving one of them. That, however, would mark the utter failure of the front office to build a contending team around two of the brightest young stars in the game. In short, I would hope it would either be Brad Stevens’ last move or the first move of his successor.

So no, we shouldn’t trade Jaylen Brown any time soon.