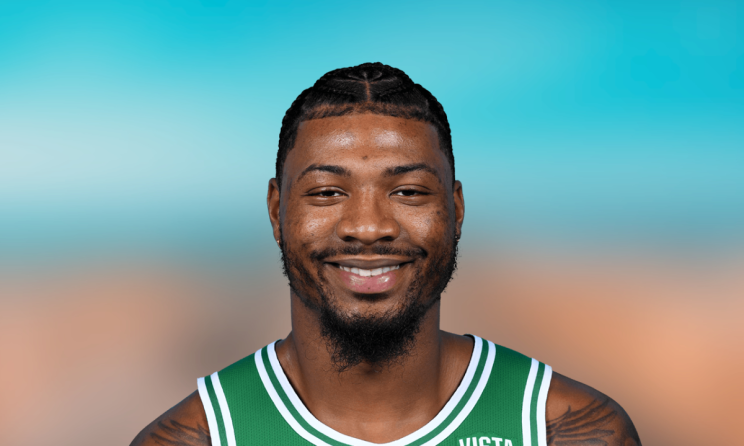 There’s no growing rift between Smart and Udoka. Smart said the rookie coach has done a great job. Smart said he believes Udoka has faith in him. Smart trusts the coach will act in the best interest of both Smart and the team. “So you tip your hat off to him for everything that he’s doing in his first year with all the BS around with this team not winning and stuff like that,” Smart said. “Being in Boston and coaching for Boston, it’s not easy, especially for your first year. So we just have to continue to help him. I’ve gotta continue to help him. I’ve been here the longest. I know the guys more than he does. And I’ve gotta be that quarterback out there for him.”
Source: Jay King @ The Athletic

Jay King @ByJayKing
Marcus Smart said recently he has been challenged “from Ime, everybody else, that I’m not … the right person” for Celtics at PG.
I asked Smart what he meant by that and his thoughts on whether he’s right for the job. He intends to prove doubters wrong: theathletic.com/3099911/2022/0… – 8:39 AM

Keith Smith @KeithSmithNBA
Ime Udoka said he went to Marcus Smart and Dennis Schroder because the Hawks were small, and he wanted more pace and scoring on the floor with Boston’s offense struggling. – 10:09 PM

Keith Smith @KeithSmithNBA
Ime Udoka said after the Celtics cut the lead to one, they settled for tough shots, including threes. He felt they didn’t do a good job attacking mismatches. Also mentioned too many turnovers after that point in the game. – 10:03 PM

Abby Chin @tvabby
Jayson Tatum, Marcus Smart and Grant Williams are each speaking to a different official individually and Ime Udoka has hit every conversation to add emphasis to the point. #Celtics strongly disagree with the tech Josh Richardson received. – 9:14 PM

John Karalis @John_Karalis
Ime Udoka on Jayson Tatum being vocal about stepping up tonight: “It was great for him to come out and say that, something we want him to do more of. Appreciate it and it’s a sign of growth for him.” – 6:06 PM

Jay King @ByJayKing
How do the Celtics avoid not getting too high after winning more games lately? Ime Udoka: “Simply by looking at our record.” – 11:49 AM

Jay King @ByJayKing
Ime Udoka said you can see a noticeable difference in the way Jayson Tatum is attacking downhill lately. Said his 20 drives against Portland were the second most of his career. – 1:34 PM

“My whole life I’ve been doubted. And I’m here. And I’m still around. And that’s just kind of how it’s been for me. I always bet on myself. And I love this team, this organization. I know we’re not perfect. And that’s part of this whole NBA thing. Everybody’s out there trying to do what’s best for their organization and their team. And it might not be perfect at the time, but you do what you can with what you’ve got and you can control.” -via The Athletic / January 29, 2022

Just know this: Regardless of what anyone else thinks, Smart believes he’s fully capable of running the show in Boston. He wants to make it work no matter what it means for him individually. He thinks he can make life easier for Tatum and Brown and finds it comical that such skepticism exists about whether he can handle the task. “First coming out of college, I was a point guard,” Smart said late Friday morning before falling to the Hawks, 108-92. “It’s what I played. So it’s kind of funny to hear people say I’m not a point guard. In high school, point guard, led my team to two state championships. It’s funny hearing people say I’m not a point guard.” -via The Athletic / January 29, 2022

Celtics team and player sources have told The Athletic regularly throughout the season that there haven’t been any significant clashes behind closed doors. Rob Williams mentioned after last week’s home win against Indiana that the team had arguments throughout the game, but player sources said those have been just the usual heat of the moment conversations, without any lasting tension. -via The Athletic / January 19, 2022