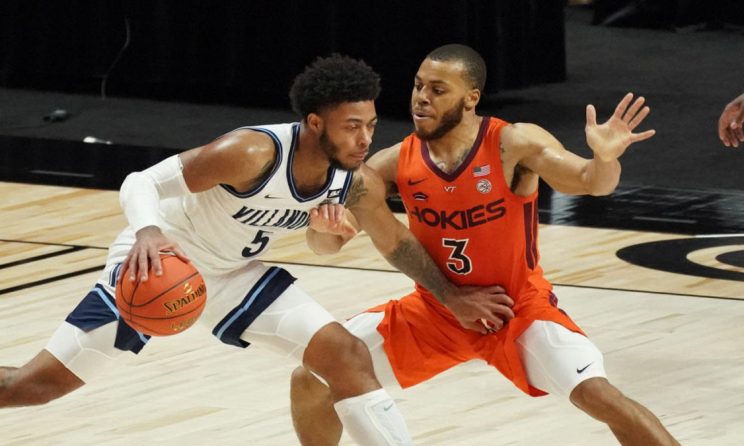 UNCASVILLE, Conn. — In Jay Wright’s defense, there are millions of people who have made regrettable decisions after 1 a.m. in a casino.

Less than 48 hours after agreeing to extend Villanova’s stay at Mohegan Sun and pivot into a game against Virginia Tech, Wright’s third-ranked Villanova Wildcats were upended in overtime 81-73 by the Hokies. Virginia Tech coach Mike Young let it be known on Thursday night when he went to bed that he would be willing to play Villanova if Jay Wright’s feeling was mutual. He woke up early on Friday morning to learn he had himself a game against the two-time championship-winning coach of the third-ranked team in college basketball.

And then, for the second straight November, Young’s unranked program knocked off the No. 3 team in the country. Virginia Tech also pulled off the feat against Michigan State in the Maui Invitational last year.

“Bubbleville,” as it’s been dubbed, is proving to be ripe territory for shockers. The sport’s two biggest upsets through the season’s first four days have come at Mohegan Sun Arena. On Friday No. 4 Virginia was stunned by San Francisco. Saturday evening was witness to Virginia Tech overcoming an 11-point second half deficit. The Hokies could have won in regulation after Keve Aluma’s and-one with 1.3 seconds left made it 64-62. Instead, a classic blind-spot trap play on the inbounds gave Villanova a bailout: Justin Moore planted his feet and the Virginia Tech defender didn’t turn his head, leading to a foul after the collision. Moore coolly sank both foul shots and got the game to the bonus session.

Young admitted he was nervous once Villanova wormed its way to overtime after the Hokies steadily mounted a comeback and writhed away the lead with less than two seconds remaining.

“I was worried about it,” Young said. “That was an unfortunate occurrence. That’s the game. Funky things happen. I didn’t like our response in the huddle. We had some long faces and shoulders down.”

But the Hokies kept the same pace on offense, continued to contest shots and won more 50-50 balls on the boards. The Hokies, plainly, outplayed the Wildcats. And Aluma outplayed Jeremiah Robinson-Earl, who was only 5-of-15 from the field and had 14 hard-earned points, but fell short of his All-American-level displays in Nova’s first two wins here in Connecticut.

Young said Boston College and Arizona State did enough in each of their games vs. Villanova earlier this week to give them enough to scheme and implement a decent game plan given the circumstances. Wright told me he happened to be in his hotel room and caught Virginia Tech’s 77-62 win over Radford on Wednesday night in real time, so he was taking in what kind of team his guys would be playing — before knowing he would be facing them in a few days.

Did Wright regret opting into this game?

“No — hell no,” he said. “This is exactly what the preseason’s all about. We’re not afraid to lose. We don’t want to, but we want to play good people. They’re really tough. They played really well and we made a lot of mistakes that you have to give them credit for.”

For decades at Wofford, Young developed a reputation for having 3-point-happy offenses and teams with great movement and style that could sniper out occasionally superior opponents. What gets lost in that, though, is how all that scoring doesn’t sacrifice on a ruggedness that’s made playing Young’s teams irritating for a long time.

“They were really physical,” Wright said. “Good defensively. Solid. That took us out of our offense, the crispness of our offense. I don’t think it’s we didn’t come ready to play or we were tired. I really think their physicality took us out of it. … I think they could be an NCAA Tournament team.”

This marks the third time in four seasons that Young’s defeated a top-five team away from home. A memorable takedown of No. 5 North Carolina in the Dean Dome in December of 2017 helped Young in part eventually leave Wofford to get this Virginia Tech gig. So what is it about his teams and pulling off such huge victories in the early part of the season?

Young said his philosophy is, “The misses are on me.” To have his teams play without reservation — and with unending encouragement, not with a yellow or red light — puts his guys in a good spot mentally right away. What’s also helped is that Virginia Tech has been fortunate to not have a COVID-19 positive in his program since August, so the team has not missed a practice. When good luck means opportunity, great things materialize.

We saw it in a casino in Connecticut on Saturday night. Virginia Tech doubled down in overtime and Villanova crapped out. The Hokies turn around immediately to face South Florida on Sunday night.