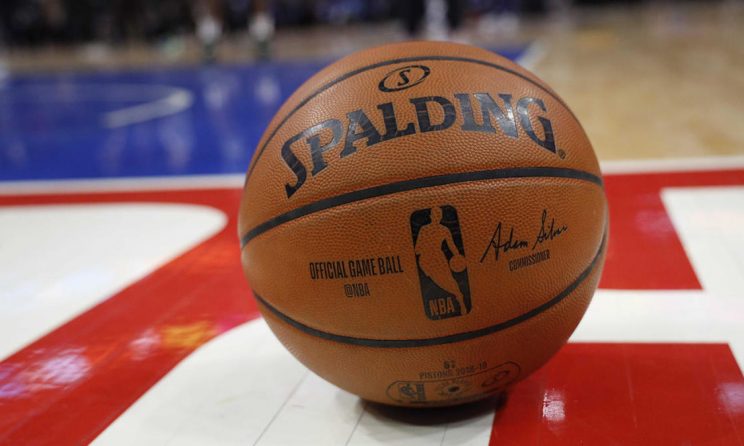 After some resistance, on Thursday the NBPA approved the plan to start the 2020-21 NBA season on Dec. 22. That’s six weeks from now, and, per the Elias Sports Bureau, it’s the fastest season-to-season turnaround in the history of the four major American sports leagues.

We know that each team will play 72 games, rather than the traditional 82-game schedule. We know the draft will be held on Nov. 18, training camps will open on Dec. 1 and the playoffs will run from mid-May until July. There is expected to be a play-in tournament, and everything is supposed to be wrapped up before the Olympics, which are scheduled to begin on July 23 in Tokyo.

But there’s quite a bit we don’t know. Here are nine unanswered questions:

1. What are the health and safety protocols?

As complicated and challenging as the bubble may have been, that was the easy part. Rather than sequestering players and personnel away from the general public, the NBA is now attempting to hold games in its teams’ home markets. There will be travel, when it comes to COVID-19, there will be risk. On Thursday, for the second consecutive day, the United States set a new record for daily coronavirus cases: more than 121,000. More than 53,000 people in America are hospitalized with COVID-19.

The best way for the NBA to contain the virus is for all the people involved to act as if they were in a bubble. The Athletic reported that there will be daily testing, an obviously sensible policy based on the spread seen in sports that attempted to restart without it. The Athletic also reported that some star players, including Chris Paul and Russell Westbrook, said on an NBPA conference call Thursday that they wanted to see the protocols before signing off on the season. Westbrook is one of many players who contracted COVID-19 before the Orlando restart.

From a health perspective, the bubble was a success — early on, the league identified and isolated those who were infected, and once the games got going there were no positive tests. Everyone on the inside traded personal freedom for an opportunity to complete the season, and, while the league can’t offer such a sequestered, secure and safe environment this time, the same fundamental trade-off will underpin the guidelines and regulations.

Whatever the protocols are, they will only be effective if the players collectively buy in. This time, rules will be much easier to break and will be in place for much longer. The greatest danger isn’t located in arenas and practice facilities, but rather wherever the players go when they’re not on the court.

For the first time since Feb. 6, teams will be allowed to make trades just before the Nov. 20 draft. Official dates have not been released, but the moratorium is expected to be lifted by Nov. 16, according to The Athletic, and player movement will accelerate with free agency, which could start as soon as Nov. 19. (If it actually starts just one day after the draft, this feels cruel to front-office people, doesn’t it?)

Roughly a third of the players in the league will be looking for new contracts, and many will be scrambling to find a team before the money dries up. This has the potential to be wild, and, in a repeat of the lockout-shortened 2011 season, there could be a significant number of free agents joining teams mid-camp.

Broadly, this makes life difficult for teams that were planning to make big roster moves. There might be less appetite to change the complexion of a team with such a short amount of time to get ready for the season.

Then again, there’s an argument that it’s better to do it now rather than shaking things up a couple of months later. The first part of the season is going to be weird for everybody.

What’s unclear, though, is how different this schedule will be from a normal one. Two weeks ago, ESPN reported that the league was discussing MLB-style regular-season series to cut down on travel. ESPN later reported that it was open to “regional pods” and “intraconference scheduling,” and it might release the schedule in halves to preserve flexibility.

According to The Athletic, the NBA will cut travel by 25 percent and limit cross-country flights early in the season.

The cleanest way this could work: Completely eliminate East-West games. Each team could play the four other teams in its division eight times and the 10 remaining teams in its conference four times. Alternatively, each could play a set number of non-conference games, well below the usual 30.

The NBA proposed that teams will play 14 back-to-backs, per The Athletic. But in how many of these will both ends of the back-to-back take place in the same city?

4. What’s the format of the play-in tournament?

In the bubble, the play-in “tournament” turned out to be just one game between the Memphis Grizzlies and Portland Trail Blazers. The rules stipulated that, if the eighth-place team finished the regular season four or fewer games ahead of the ninth-place team, those two teams would play for the final playoff spot. The No. 9 seed had to beat the No. 8 seed twice to get in.

The initial idea, pushed by commissioner Adam Silver in 2018, was bigger: A four-team tournament would determine the seventh and eighth seeds in both conferences. According to ESPN, this is what the league proposed for 2020-21. In each conference, the seventh seed will play the eighth seed for the No. 7 spot, per ESPN. The loser of that game will then play for the No. 8 spot against the winner of a game between the ninth seed and the tenth seed.

None of this is official yet, however, and some teams might push for a “standings trigger” like the four-games-or-fewer stipulation in Orlando, per ESPN. A standings trigger is not part of the reported plan.

5. What about All-Star weekend?

The All-Star break is not just the series of televised events. It’s a convention. The league descends on a city, bringing its corporate sponsors and media from around the world with it. That’s not possible in a pandemic, but the NBA could still decide to have an All-Star Game, a slam dunk contest and even the Rising Stars Game in Indianapolis, where it was originally scheduled to take place from Feb. 12-14, or somewhere else.

According to The Athletic, the league proposed a six-day All-Star break in early March. Arguments can be made for canceling it altogether or giving the players an extended midseason break to compensate for this quick turnaround.

6. What are the final figures for the salary cap, luxury tax, etc.?

Negotiations on amending the collective bargaining agreement are not expected to finish until next week, per ESPN. Essentially, every team needs to know exactly what the salary cap is, as that will determine the amount of money it can spend on free agents, the exceptions it has access to, how far away it is from the luxury tax, all that exhilarating stuff.

By the normal formula, which is calculated based on the league’s total “basketball-related income,” the salary cap would fall from $109 million to around $90 million, according to ESPN. To avoid punishing this year’s free-agent class and pushing all but a few teams into the luxury tax, the league and the union will agree to artificially inflate that number (and hold a higher-than-normal percentage of player salaries in escrow).

According to The Athletic, the cap number is expected to remain at $109 million and rise by a minimum of two percent each year until this CBA expires. The Athletic also reported that the NBA and NBPA have discussed putting 17 to 18 percent of player salaries in escrow for the next two seasons, rather than withholding more money for just one season.

If it were realistic to fill arenas with human beings in March or April, the NBA presumably would have waited. Most NBA markets don’t allow large, indoor gatherings of more than a few hundred people, and there is nothing indicating that COVID-19 will be under control in these places this winter.

But there could be some fans in some arenas at some point, according to Silver.

“As a league, even since mid-March when we shut down, we have been intensively researching and testing all sorts of testing in the public sector and private sector,” the commissioner told the San Francisco Chronicle. “There have been significant advancements in rapid testing since the onset of COVID-19. We’re fairly optimistic that the market will generate more and better forms of faster testing.

“There may be opportunities in the context of an arena, particularly in the lower bowl, where there is an economic model that allows for it. Of course, that’s part of the equation: Ultimately, is it affordable in the context that you want to use it?”

Beyond how much it will cost to buy a rapid test and a ticket, how many tickets will teams be allowed to sell? What will the social distancing and masking policies be inside these arenas? The situation will likely vary from market to market and change over the course of the season.

The Raptors want to play their home games at Scotiabank Arena, but they have a pesky border to contend with. As things stand, visitors to Canada must quarantine for 14 days upon arrival. This is why the Blue Jays temporarily moved to Buffalo.

Buffalo wants the Raptors, too, and they have competition in Newark and Kansas City. A pilot program in Calgary, however, might be a model for Toronto to follow. Since Monday, international travelers arriving at Calgary International Airport have substituted testing for the extended quarantine. With a similar arrangement, the Raptors could potentially avoid relocation, but there isn’t much time to sort that out.

9. Who’s going to coach the Thunder?