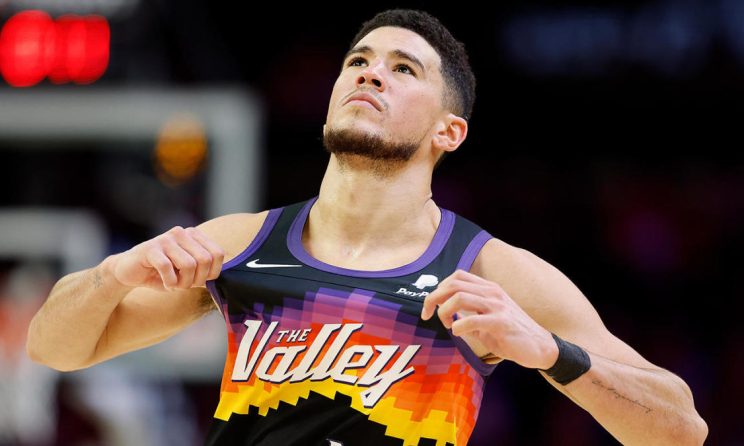 Sacramento point guard De’Aaron Fox remains out with a knee issue, and doesn’t appear likely to make it back in the lineup against Golden State on Thursday night. Davion Mitchell has done well in his place, save for his three-point shooting, which has dipped below 32 percent over his last three starts. Mitchell has still averaged 17 points, 4.7 assists and three rebounds in those games, so what is his potential to contribute tonight in NBA DFS lineups?

The good news for Mitchell is that Warriors opponents have hit 41.3 percent of their three-pointers over the last three games. For the season, Golden State has held its opponents to just 33 percent from beyond the arc, but can Mitchell capitalize one more time on their defensive slump? Before finalizing your NBA DFS picks for Thursday, be sure to check out the NBA DFS advice, player rankings, stacks and top daily Fantasy basketball picks from SportsLine’s Mike McClure.

On Wednesday, McClure included Mavericks superstar Luka Doncic as one of his top NBA DFS picks on both DraftKings and FanDuel. The result: For a second consecutive game, Doncic was the top player at his position on both sites. His 40 points, 10 assists, six rebounds and three steals returned 71 points on DraftKings and 68.2 points on FanDuel. Anybody that included him in their lineups was well on the way to a profitable day.

Now, McClure has turned his attention to the Thursday, February 3, NBA DFS slate and locked in his top daily Fantasy basketball picks. You can only see them by heading to SportsLine.

One of McClure’s top NBA DFS picks for Thursday is Suns guard Devin Booker who is listed at $9,300 on DraftKings and $9,100 on FanDuel. Booker has been on a tear since the middle of last month, and has scored more than 40 points twice in the last eight games; most recently against Utah last Wednesday, when he scored 43 points and had 12 rebounds. On Tuesday, Booker scored 35 points and snagged six boards in a win against Brooklyn.

In the Suns’ previous meeting with Atlanta this season, Booker drained 66.7 percent of his shots and scored 38 points to go with six rebounds, four assists, two steals and a block. The Hawks have been a bottom-seven Fantasy defense against opposing shooting guards on both DraftKings and FanDuel this season. The two-guard combination of Kevin Huerter and Bogdan Bogdanovic is also the most inefficient defensive tandem at one position on the team.

Another part of McClure’s optimal NBA DFS strategy includes rostering Spurs center Drew Eubanks ($3,300 on DraftKings and $4,500 on FanDuel). The Spurs are dealing with a personnel crunch in their frontcourt, with starting center Jakob Poeltl (concussion) and reserve F/C Keita Bates-Diop (conditioning) both out for tonight’s game against Miami. San Antonio will also be without top scorer Dejounte Murray, so the Spurs are going to have to manufacture offense from other areas.

Eubanks had a run of eight games in the starting lineup in November, and averaged 9.4 points with seven rebounds and 1.1 blocks per game. Although Eubanks’ recent totals haven’t been very impressive, the Spurs have been slogging through a difficult schedule. His opportunities have fluctuated over his last five games, but he has hit 63.6 percent of his shots during that stretch.

How to set your NBA DFS lineups for Thursday, February 3