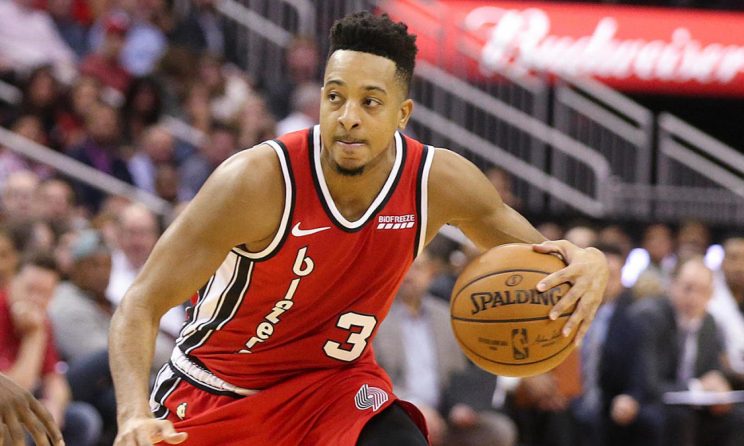 Stephen Curry stole the show on Friday night for the Golden State Warriors when he scored 40 points and took over as the NBA’s all-time leading 3-point scorer in regular season and playoff games. On Sunday night, his partner in the back court, Jordan Poole, could be the one providing the highlights against Charlotte. The Hornets have allowed the third-most Fantasy points to opposing shooting guards this season on sites like FanDuel and DraftKings.

Poole enters Sunday’s showdown averaging 17.5 points, 3.2 assists and 2.8 rebounds per game. Should Poole be included in your NBA DFS strategy for Sunday, or should you look elsewhere for value when crafting your NBA DFS lineups? Before you lock in your NBA DFS picks, be sure to check out the NBA DFS advice, player rankings, stacks and top daily Fantasy basketball picks from SportsLine’s Mike McClure.

On Saturday, McClure listed Wizards guard Spencer Dinwiddie as one of his top NBA DFS picks on FanDuel and DraftKings. The result: Dinwiddie had his second-best game of the season, recording 23 points, 11 rebounds, six assists and a block to return 49.25 points on DraftKings and over 45 points on FanDuel. Anybody that included him in their lineups was well on the way to a profitable day.

Now, McClure has turned his attention to the Sunday, November 14 NBA DFS slate and locked in his top daily Fantasy basketball picks. You can only see them by heading to SportsLine.

One of McClure’s top NBA DFS picks for Sunday is Trail Blazers guard CJ McCollum at $7,500 on DraftKings and $7,600 on FanDuel. McCollum is actually playing below his averages from last season, but he is Portland’s top scorer with 20.7 points per game, and he makes the most 3-pointers on a per-game basis with 3.2.

Portland plays at Denver on Sunday and the Nuggets have been tough defensively this season, particularly at home. Still, McCollum knocked down over 46 percent of his shots from the field in Portland’s postseason matchup with Denver, averaging 20.7 points, 6.0 rebounds and 4.3 assists in that series. Without Michael Porter Jr. available, the Nuggets are a bit short-handed and McCollum should be able to create scoring opportunities.

Another key in McClure’s optimal NBA DFS strategy includes rostering Nets center LaMarcus Aldridge ($4,300 on DraftKings and $5,200 on FanDuel). Even at this advanced stage of his career, Aldridge continues to find ways to be effective in around 20 minutes of action per game. In fact, Aldridge is averaging 12.6 points, 5.5 rebounds and 1.2 blocks per game this season.

Aldridge only played 26 games last season, but two of those came against the opponent he faces on Sunday, the Oklahoma City Thunder. In those meetings, he averaged 12 points and 8.5 rebounds. Aldridge is a complete steal at this price point, so confidently lock him in your NBA DFS lineups and look for a big return against the Thunder.

How to set NBA DFS lineups for Sunday, November 14

McClure is also targeting a player who could go off for massive numbers on Sunday because of a dream matchup. This pick could be the difference between winning your tournaments and cash games or going home with nothing. You can only see who it is here.

So who is DFS pro Mike McClure putting in his optimal NBA DFS lineups for Sunday? Visit SportsLine now to see optimal NBA DFS picks, rankings, advice, and stacks, all from a professional DFS player who has almost $2 million in career winnings, and find out.