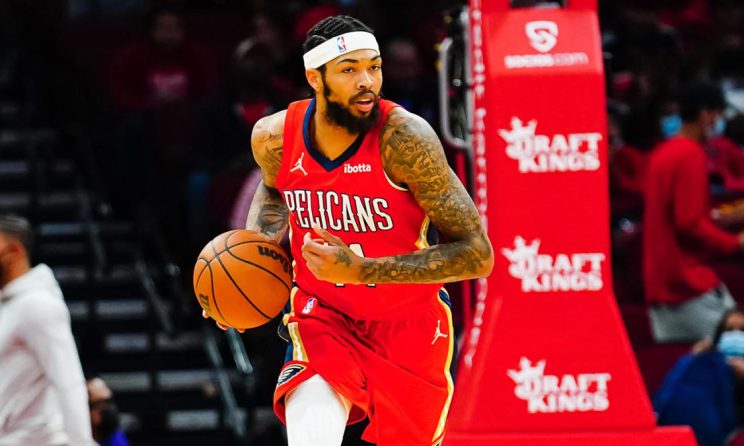 The Nets are free-falling, having lost eight straight games with James Harden’s name being rumored in trade discussions. Brooklyn will look to bounce back on Tuesday when it hosts the Celtics, which also means Kyrie Irving is ineligible to play. Harden (hamstring) is questionable, while Kevin Durant (knee) remains out, so the Nets will be in desperate need of offense. Perhaps rookie Cameron Thomas can provide value to NBA DFS lineups as the 20-year-old has poured in 50 points over his last two games.

Both of those games came with Irving in the lineup, so Thomas is in line for even more playing time, and shots, against the Celtics. The Nets could be looking at a backcourt of Thomas and Patty Mills if Harden doesn’t suit up, so would those two form a quality NBA DFS stack for tonight’s action? Before finalizing your NBA DFS picks for Tuesday, be sure to check out the NBA DFS advice, player rankings, stacks and top daily Fantasy basketball picks from SportsLine’s Mike McClure.

On Monday, McClure included Jazz guard Donovan Mitchell as one of his top NBA DFS picks on both DraftKings and FanDuel. The result: Mitchell posted 32 points, seven rebounds, six assists and four steals, returning 58.75 points on DraftKings and 60.4 points on FanDuel. Anybody that included him in their lineups was well on the way to a profitable day.

Now, McClure has turned his attention to the Tuesday, February 8, NBA DFS slate and locked in his top daily Fantasy basketball picks. You can only see them by heading to SportsLine.

One of McClure’s top NBA DFS picks for Tuesday is Pelicans forward Brandon Ingram, who is listed at $9,200 on DraftKings and $7,800 on FanDuel. After missing five games in late January due to a sprained ankle, Ingram has been at his best and is filling up the stat sheet. In the three games since his return, he’s averaged 27.3 points, 9.3 assists, 3.3 rebounds, 1.7 steals and 1.3 blocks per game.

One of those games came against the Rockets who is also New Orleans’ opponent tonight. In the first game of their home-and-home, Ingram had 33 points and 12 assists, which was arguably his second-best game of the season. Ingram’s best game of the year also happened to come against Houston in a December loss. In that game, the lanky forward dropped a season-high 40 points to go along with five rebounds and four assists, so you can see why McClure is high on him.

Another part of McClure’s optimal NBA DFS strategy includes rostering Trail Blazers guard Anfernee Simons ($7,000 on DraftKings and $6,500 on FanDuel). Simons has scored 19 points in three straight games and has averaged 22.4 points since the calendar flipped to 2022.

The 22-year-old is one of the favorites for the Most Improved Player award as Simons’ 15.8 PPG is double his scoring average of 7.5 that he had entering this season. Simons should see a big boost in scoring opportunities on Tuesday with the trade of CJ McCollum to New Orleans. Not only will Portland be without McCollum and others in the trade, but they also won’t have any of the Pelicans players they are getting in return until they can pass their physicals. Playing for an undermanned team against a weak opponent in the Orlando Magic is a recipe for success for Simons.

How to set your NBA DFS lineups for Tuesday, February 8

McClure is also targeting a player who could go off for massive numbers on Tuesday because of a dream matchup. This pick could be the difference between winning your tournaments and cash games or going home with nothing. You can only see who it is here.

So who is DFS pro Mike McClure putting in his optimal NBA DFS lineups for Tuesday? Visit SportsLine now to see optimal NBA DFS picks, rankings, advice, and stacks, all from a professional DFS player who has almost $2 million in career winnings, and find out.