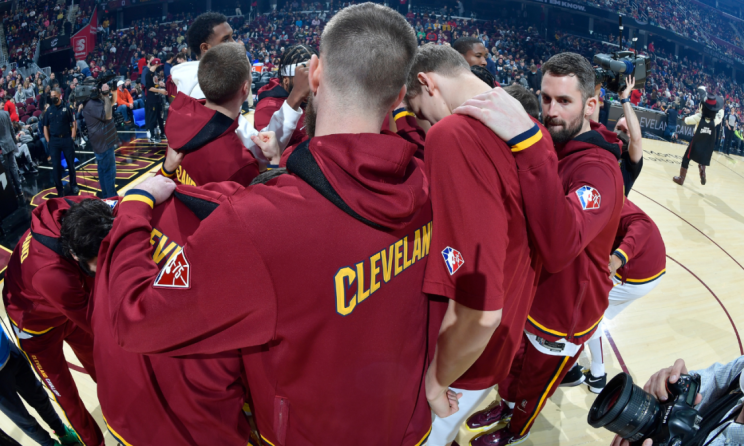 With COVID-19 once again sweeping through the NBA, the league has been forced to postpone multiple games on Sunday. The NBA announced that three games will not be played: Cleveland Cavaliers vs. Atlanta Hawks, Brooklyn Nets vs. Denver Nuggets and Philadelphia 76ers vs. New Orleans Pelicans.

In addition, the league has preemptively postponed two games early next week: Orlando Magic vs. Toronto Raptors on Monday and Washington Wizards vs. Brooklyn Nets on Tuesday.

Cleveland’s rookie star Evan Mobley and second-year wing Isaac Okoro entered the health and safety protocols on Saturday, which kept them out of the team’s game against the Milwaukee Bucks. Then, on Sunday, five more players on the Cavaliers tested positive for COVID-19, according to Wojnarowski. As a result of the outbreak, the Cavaliers did not have enough healthy players to go ahead with the game. Per the league’s rules, teams need at least eight active players.

The Nets, meanwhile, have been hit hard by COVID. They currently have 10 players in the health and safety protocols, including Kevin Durant, Kyrie Irving and James Harden. They only had eight healthy players for their game against the Orlando Magic on Saturday, and were forced to start Patty Mills, Cam Thomas, David Duke Jr. Kessler Edwards and Blake Griffin. Mills played over 40 minutes in the game.

Andre Drummond and Shake Milton were added to the health and safety protocols on Sunday, which will leave the already shorthanded 76ers without enough players for their game against the Pelicans. The league is hopeful that the Sixers will be able to play their game against the Boston Celtics on Monday, per Wojnarowski.

The NBA is now up to seven postponements this season. Earlier this month, the Chicago Bulls had their games against the Detroit Pistons and Toronto Raptors postponed because of a COVID outbreak which left them without the necessary number of healthy players. They are expected to return to action on Sunday against the Los Angeles Lakers.