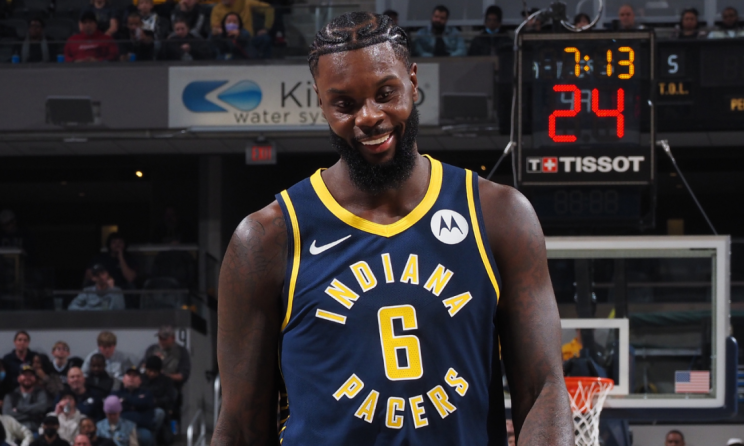 The new rules, which will be in effect until Jan. 19, stipulate that replacement players’ salaries will not count toward the salary cap or luxury tax. When a team has multiple COVID cases on its roster and must sign a replacement, the player must be available by the beginning of its next game.

More than 100 players have signed 10-day contracts, thanks to this new hardship allowance. Isaiah Thomas signed 10-days with the Los Angeles Lakers and Dallas Mavericks, but spent most of the second stint in health and safety protocols. Lance Stephenson, briefly Thomas’ teammate with the Grand Rapids Gold, reunited with the Indiana Pacers after spending 10 days with the Atlanta Hawks. Stephenson is on his second 10-day, and he is expected to stick around for the rest of the season, per Marc Stein.

Another unlikely reunion: Mario Chalmers and the Miami Heat. The two-time champion took his talents back to South Beach after globetrotting from Italy to Greece to Puerto Rico. Chalmers was called up from — you guessed it! — Grand Rapids, but his 10-day contract has expired. Chalmers has still not logged an NBA minute since 2018, when he was with the Memphis Grizzlies.

After being waived by the Milwaukee Bucks, DeMarcus Cousins has been reportedly close to signing a 10-day contract with the Denver Nuggets for a while now. Nuggets coach Michael Malone, who coached Cousins in Sacramento, said Sunday that, if it happens, it would be a “tremendous opportunity to reconnect with him.” Cousins remains a free agent, but Denver is still interested in signing him as of Thursday, per the Denver Post.

While most of these emergency signings are just that, in a few cases they’ve led to something bigger. Veteran Bismack Biyombo recently signed a rest-of-season contract with the Phoenix Suns after finishing his 10-day, and Charlie Brown Jr. (Philadelphia 76ers), Theo Pinson (Dallas Mavericks), Brandon Goodwin (Cleveland Cavaliers) and Davon Reed (Denver Nuggets) turned their 10-days into two-ways. Previously, Alfonzo McKinnie played his way into a standard contract with the Chicago Bulls and Quinndary Weatherspoon earned a two-way contract with the Golden State Warriors.

As of Jan. 5, conventional 10-day contracts — i.e. ones that do not require the hardship allowance — can be signed, too.

If you’re having trouble keeping track of who has gone where, here is a team-by-team list of players who are on 10-day contracts, along with the date they signed (or, in some cases, the day the signing was reported):