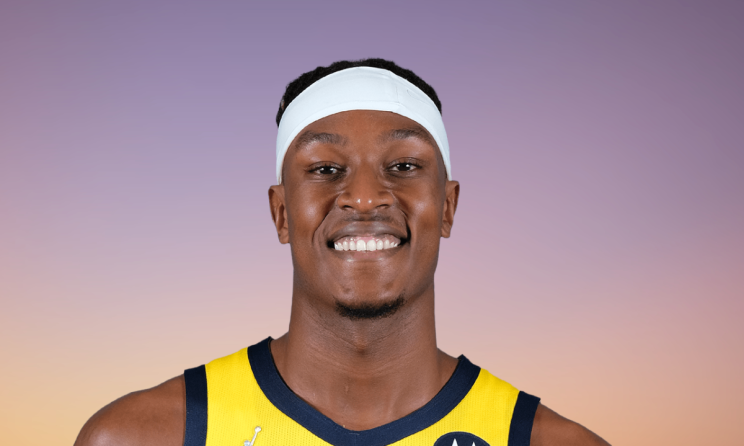 Myles Turner, the Pacers’ longest tenured player, shared a cryptic message via social media after the team’s 101-98 overtime loss to the Celtics on Monday. He had six points, three rebounds and one block, and played just one second of the extra period as Indiana fell to 1-12 in games decided by four points or less this season. Turner, who wasn’t made available to the media after the game, then posted “This Ain’t P,” a phrase made popular by rapper Gunna which basically means, ‘This isn’t cool,’ on his Twitter and Instagram. Three days later, and less than 24 hours after scoring a team-high 18 points in a 119-100 loss to the Celtics again at Gainbridge Fieldhouse, Turner elaborated Thursday on what he meant by his vague social media posts.
Source: Indianapolis Star

James Boyd @RomeovilleKid
Myles Turner addressed his “This Ain’t 🅿️” tweet.
I know a lot of jokes have been made, but I really do think I wouldn’t be doing my job if I didn’t ask him directly about it. Could be something, could be nothing, but it’s gotta be asked. #Pacers indystar.com/story/sports/n… – 6:35 PM

James Boyd @RomeovilleKid
I asked Myles Turner what he meant by his “This Ain’t 🅿️” tweet:
“If I try to explain it I’mma sound crazy, but all I personally meant by that was I’m just not enjoying the losing aspect of this thing right now. … It’s frustrating for me and frustrating for my camp.” #Pacers pic.twitter.com/jSOPU3ACGh – 2:11 PM

James Boyd @RomeovilleKid
Myles Turner was not made available to the media tonight. #Pacers – 10:04 PM

Kevin O’Connor @KevinOConnorNBA
New pod with the legend @JonathanTjarks. Talked all things Dallas Mavericks, what the Pacers should do with Myles Turner and Domantas Sabonis, which teams should go for them, and much more: – 7:14 PM

The Pacers held a team meeting before practice Thursday, which Turner referred to as a “state of the union.” He and other players were allowed to voice their opinions, and Turner said the biggest message was “not all hope is lost.” -via Indianapolis Star / January 14, 2022