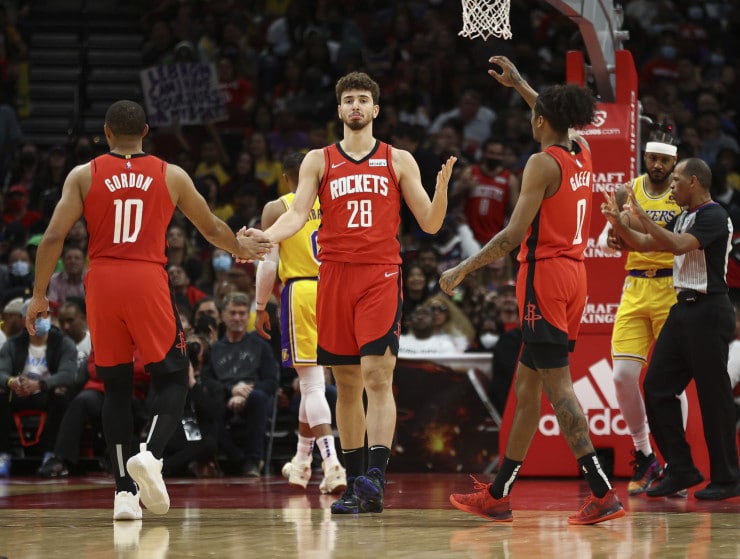 For the Rockets, D.J Augustin, Jae’Sean Tate, DeJon Jarreau, D.J Augustin and Garrison Matthews are in the league’s health and safety protocols. Kenyon Martin Jr. is a game-time decision.

The Miami Heat have been hit hard by a recent Covid outbreak, forcing them to reach hardship deals with Kyle Guy, Mario Chalmers, Nik Stauskas, Aric Holman and Haywood Highsmith.

Even with these additions, the Heat are still doing everything they can to scrap together at least nine players. If Butler doesn’t play, it will practically be an all-hardship exception team on the court.

Prior to having their game against the Spurs on December 29th canceled, the Heat had won 4 straight games, all at home, against the Magic, Pacers, Wizards and Pistons.

Rockets One of the League’s Worst

The Rockets have lost 7 of their last 10 games, including their last 5. They were, though, on a long road trip without two key parts in Jalen Green and Kevin Porter Jr.

Those two should be fully back into the lineup today, as this will be their second game off of injury, and have been mostly ramped up.

While the Rockets have actually been solid offensively over their last 10 games, ranking 12th in Offensive Rating, where they’ve been terrible is defensively. They are 30th in Defensive Rating over the last ten games. I don’t see that being a major factor Friday night, however.

While the Heat have won four straight games, we are still getting a good spot to fade them here and back a Rockets team getting healthier.

The Rockets have been serviceable offensively, and should have relative ease scoring with Christian Wood, Sengun, Porter Jr and Jalen Green against the Heat’s hardship exception team.

Defensively, while the Rockets have been terrible, I struggle to see how the Heat have nearly enough chemistry to score consistently in this one. While Kyle Lowry may still play, it seems unlikely.

That will leave Mario Chalmers, Kyle Guy, Tyler Herro and Caleb Martin as the main offensive pieces for Miami. Butler is questionable.

While the Rockets have struggled, they have had two days off and will be playing on their home floor on New Year’s Eve. The Heat, on the other hand, are struggling to field a team. Back the Rockets in a nice spot for them to grab a win or at least keep it within a possession.