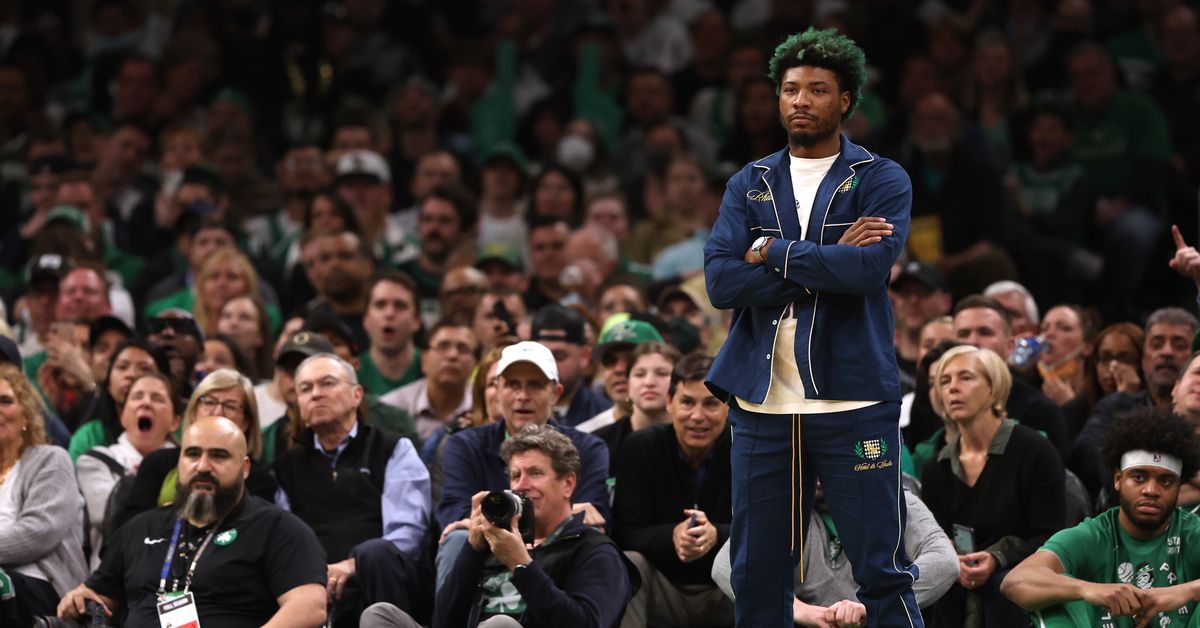 The Boston Celtics bounced back in a big way in Tuesday night’s Game 2 with a major win in a game they never trailed against the Milwaukee Bucks to even the series at 1-1. Marcus Smart was kept out of the action with a right quad contusion, but it appears that he’ll be a go tomorrow afternoon when the teams square up for Game 3 in Milwaukee.

Coach Udoka says Marcus Smart’s quad is feeling much better today and he is “probable” for Game 3.

Derrick White started in place of Smart in Game 2, and while he didn’t score, he went far beyond the box score as an excellent connector offensively while providing his usual defense. Payton Pritchard also filled in with 6 points while spacing the floor en route to a 23-point win. The Celtics held the Bucks to only 86 points while putting up 109 points of their own.

Take that defense, and add the best point-of-attack defender in the league back into the mix, and Boston is sitting in a great position to take a road win tomorrow. The Celtics made some key adjustments to how they defended Giannis Antetokounmpo, and having Smart’s team defense will serve to make that defensive approach even more effective. Instead of timely doubles that Antetokounmpo was beating with extra passes, the Celtics played him more 1-on-1, particularly with Al Horford and Grant Williams. That approach was near flawless in the first half and still effective in the second half even with Giannis scoring more.

Expect the Bucks to make some sort of adjustment, but this approach will allow Boston to key in on players like Grayson Allen, Jrue Holiday, Bobby Portis and Pat Connaughton more. Giannis might be able to win a game on his own, but he won’t win the series if all of those other players are neutralized. Having Smart be one of the defenders, with his team defensive prowess, will hopefully be a winning strategy that continues to pay off as the Celtics’ defense mitigate the impact of star players.

Khris Middleton remains out for the Bucks, and Jaylen Brown (hamstring) isn’t listed on the injury report. The Celtics need to take care of business quickly and put their stamp on this series before Middleton gets a chance to return, which would make the Bucks a lot more complicated to guard.