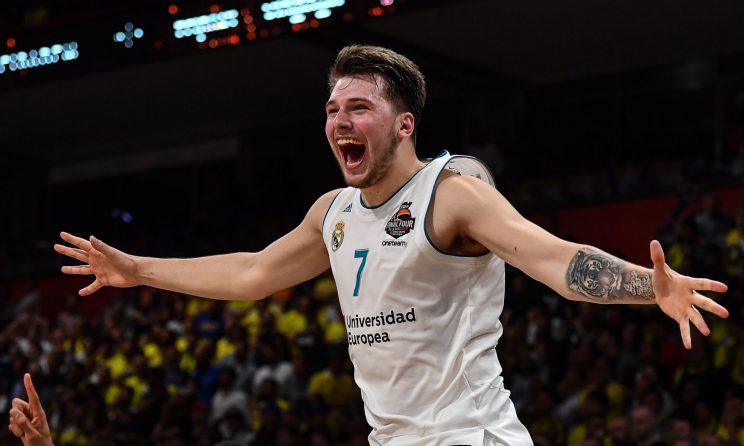 What Dirk Nowitzki did to elevate the ceiling of what we imagined for traditional European NBA prospects, Manu Ginobili should have done for all international prospects. Yet, even as the league witnessed the rise of highly skilled international players across all positions that yielded a record six on this year’s All-NBA roster, foreign draft prospects have experienced the same disrespect that steams from decades-old stereotypes.

You know them well. They come from stuffing square pegs into round holes of soft physicality or raw talent. Luka Doncic should be the final market correction, and a pair of likely top-10 picks in Wednesday’s draft, Killian Hayes and Deni Avdija, will be the litmus test for whether increased skill level nets increased respect.

“In the early 1990s, the teams that were looking to bring over international players were focusing on certain skill sets,” Kim Bohuny, the NBA’s senior vice president of international basketball operations. “Great long-range shooters like Drazen Petrovic or Peja Stojakovic or Vladimir Radmanovic were brought over to do that. Or a big man like Vlade Divac or Arvydas Sabonis, who played with his back to the basket but also hit three-pointers with ease and spaced the floor. So, they were specific types of players they were looking at.

“But then you get the Tony Parkers or the Manu Ginobilis of the world, and you realize international players could play any of the positions in our league,” added Bohuny, 30 years into her NBA career, “so that really changed the mindset of our teams. It wasn’t positional anymore. They were just looking for good players.”

They have identified them, albeit not as deftly as homegrown prospects. Giannis Antetokounmpo, the two-time defending league MVP, fell to 15th in the 2013 draft. Rudy Gobert, the Third Team All-NBA center from France, was taken 27th that same year. Nikola Jokic, the Second Team All-NBA center from Serbia, went 41st a year later. Pascal Siakam, the Second Team All-NBA forward from Cameroon, was selected 27th in 2016. Even Doncic, the most accomplished 19-year-old European ever, was overlooked as a No. 3 pick.

“He definitely paved the way for young European players,” Hayes said of Doncic. “I know a lot of teams had doubts about European players coming in ready to play right away in the NBA, and he just scratched that.”

Hayes, who stands to be the highest-drafted Frenchman in history, is the result of decades of NBA work abroad. Parker’s selection late in the first round of the 2001 draft got a ball rolling that has landed in the hands of Hayes and Theo Maledon, another 19-year-old French point guard and possible lottery pick.

“These guys grew up watching Tony and idolizing Tony,” said Chris Ebersole, the NBA’s senior director of international basketball operations. “We’ve seen examples of that all over, and you can certainly draw some correlations with the impact it has … on youth and wanting to play the sport and play it at a high level.”

Also in 2001, Bohuny helped launch Basketball Without Borders, a program that 18 years later boasted Avdija and Hayes as its biggest stars. None of this is coincidence. All international NBA roads intersect.

Basketball Without Borders and the NBA’s elite development academies in Australia, China, India, Mexico and Senegal are the top of a pyramid that is grounded in the league’s global network of basketball schools and its Jr. NBA effort, which now features more than 60,000,000 participants worldwide. It mirrors and often even coincides with a player’s national team development on cadet, junior and senior rosters through FIBA.

In that regard, Basketball Without Borders was there to catch the wave of each inflection point that followed the Dream Team’s global popularization of the sport. As access to the NBA expanded globally on TV and the internet, so too has participation in its development programs, and each successive international star, from Vlade Divac and Arvydas Sabonis to Antetokounmpo and Doncic, has only heightened the waves.

Those players returning to sow NBA seeds in their home countries completes a circle. Take Omri Casspi, who helped bring Basketball Without Borders to his native Israel, for example. He also helped guide Avdija’s rising star as a veteran teammate on Maccabi FOX Tel Aviv this past season, an invaluable NBA resource.

“Me talking with him every day and him guiding me towards my dream coming true, it’s something special to have someone like that next to you,” Avdija said on a recent Zoom call. “He has a lot of experience and taught me about the travel, how the game style is, what position is best for me. … I’m very thankful for him.”

With each new pocket of NBA popularity, participation and improvement comes heightened focus from NBA scouting departments. Only about a third of NBA teams had an international scout in the early 1990s, focused mainly on the influx of Eastern Europeans following the fall of the Soviet Union. “Now, not only does every one of our teams have a European scout, they have scouts in multiple continents,” said Bohuny.

“If you look, it corresponds with when you have a Manu Ginobili,” she added. “Not that our teams didn’t know that Argentina has a great basketball system, but there were some Brazilian players who came into our league, so a lot of clubs started having Latin American scouts. Then, Yao Ming came into our league, and a lot of our teams had scouts covering Asia, Australia and New Zealand. The next explosion will be in Africa. We’re at the tip of the iceberg there. I think the Basketball Africa League will be a game-changer.”

Luc Richard Mbah a Moute is a prime example of the cycle. He was the first player from the Basketball Without Borders camp in Africa to reach the NBA and later returned to his native Cameroon to establish the camp where future All-Stars Joel Embiid and Siakam were discovered. That through-line now extends to 15-year-old Cameroonian guard Marouf Moumine, a rising Division 1 prospect at the NBA Academy in Senegal who counts Siakam as his favorite player and turned heads at the Jr. NBA Global Championship.

“The cycle is really cool, and Marouf is hopefully one of the many next in line to be a Basketball Without Borders camper and do great things in the game,” said Ebersole, almost eight years into his NBA career. “The lineage and the cycle of these things building on themselves is definitely a pretty cool phenomenon.”

The Basketball Without Borders Global Camp is where all of this work converges. Elite international prospects, introduced to the game by their trailblazing countrymen, trained by NBA professionals and later mentored by those same players they grew up idolizing, on display for scouts from all 30 teams to evaluate.

“Players are putting themselves into position not only to develop the right skills to be able to translate to the NBA game, but also showcasing them,” said Ebersole. “So, in the case of Killian Hayes and Deni to some extent as well, getting chances to be primary ball-handlers and getting chances to run a team and run out of the pick-and-roll, those have been things NBA teams would want to see and want to evaluate in order to draft a player. … Certainly in the draft projections are never easy, when we’re talking about this age, but I do think some of those skills are more visible now the way [international] prospects are preparing for the draft.”

Doncic broke the mold. He was ready. It was obvious. And still the Phoenix Suns, Sacramento Kings and Atlanta Hawks passed on the opportunity to draft him. Now, Hayes and Avdija, playmakers at the point guard and wing positions, have been groomed by a system that for the first time has been around for the entirety of a prospect’s life. With them the NBA’s decades-old international stereotypes may be laid to rest.