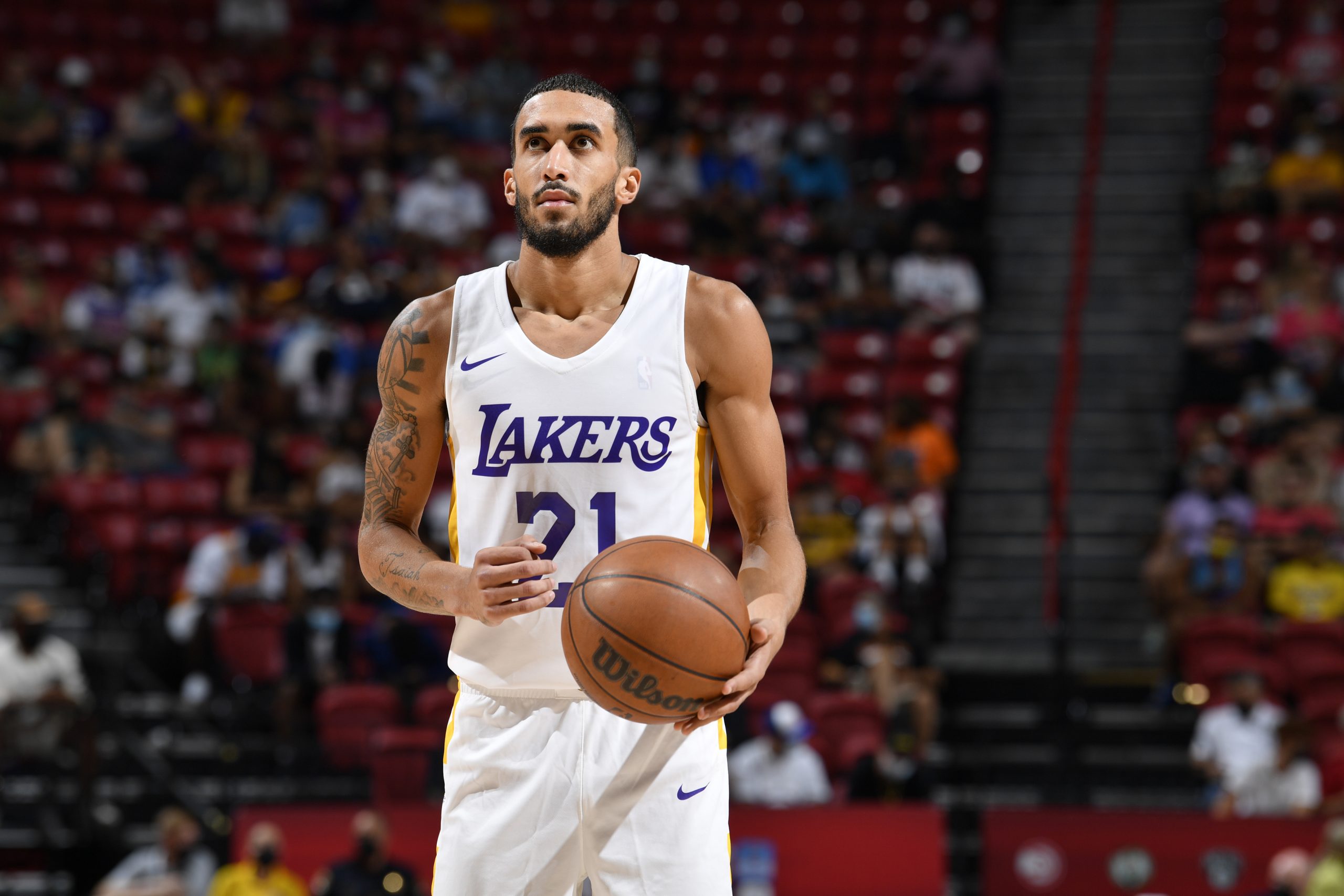 The Los Angeles Lakers may not have have any roster spots left but they have made sure that the competition level is top notch during training camp. After rookie guard Austin Reaves received a two–year deal earlier in the week, the team only has one guaranteed roster spot and one two-way contract left available. The guaranteed spot will stay open possibly through the buyout season, so the two-way contract in training camp is up for grabs.

According to ESPN’s Dave McMenamin, the Lakers entered guard Trevelin Queen to the fray.

Free agent guard Trevelin Queen has signed a partially guaranteed training camp deal with the L.A. Lakers, his agent, Daniel Hazan of Hazan Sports Management, told ESPN. He averaged 13.2 pts on 54% from 3 and 2.0 stl per game for the Lakers’ summer league team in Las Vegas

Queen’s time with the Lakers summer league team presumably got him this opportunity averaging 13.2 points a game while making a robust 54 percent of his three-point shots. Continuing the trend of his summer league play will help him in a highly competitive camp with Mac McClung, Chaundee Brown and recent Exhibit 10 signee, Cam Oliver for that last two-way contract.

Trevelin Queen was undrafted in the 2020 NBA Draft out of New Mexico State. He spent with the Houston Rockets G League affiliate, the Rio Grande Valley Vipers. Queen averaged 10 points, 2.3 rebounds, 1.2 assists and 1.2 steals while shooting 45.8 percent from the field in the G League bubble with an impressive 35 point performance against the Santa Cruz Warriors.

With Queen signed, the Lakers’ training camp roster stands at 19 out of the 20 maximum players allowed by NBA rules.