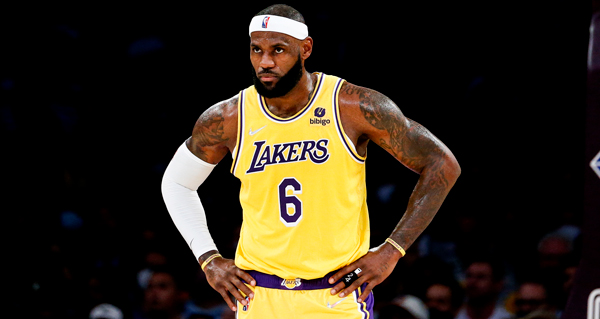 In what has become his annual pre-All-Star Game media session, LeBron James was candid about his future. In wide-ranging session, the Los Angeles Lakers superstar said he’s not sure what his future holds. James even left open the possibility that he might return to the Cleveland Cavaliers for a third time.

“The door’s not closed on that,” James said. “I’m not saying I’m coming back and playing, I don’t know. I don’t know what my future holds. I don’t even know when I’m free.”

James has one more season under contract with the Lakers. He’ll then be an unrestricted free agent in the summer of 2023.

While he didn’t commit to, or close the door on, a return to Cleveland, James did share the one part of his basketball future that he does know.

“My last year will be played with my son,” James said. “Wherever Bronny is at, that’s where I’ll be. I would do whatever it takes to play with my son for one year. It’s not about the money at that point.”

Bronny James is a high school junior and currently won’t be draft-eligible until the 2024 NBA Draft. Unless something changes, that’s the earliest we could see the father-son duo team up in the NBA.