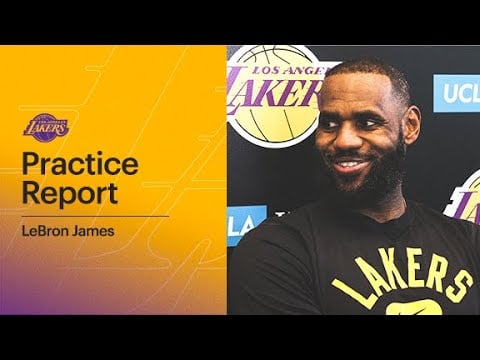 The Los Angeles Lakers will host the Boston Celtics later tonight for their second encounter of the season. It was the Celtics that won the first clash back on November 20.

Superstar LeBron James is set to play for the purple and gold in this game which will be his 13th season while it will 25th for the Lakers. ahead of the game he talked about how injuries and other circumstances limited the amount of games he could play so far.

“I think that was the second time we played Houston when the injury occurred late in that fourth quarter,” the four-time NBA champion remembered his injury.

“And then the suspension and then the false positive is all kind of knocked me in and out rhythm as the season has started so far.

“As far as my wind and things like that the only way to get back on here is to put the time into work on the floor as we did today, practice, got up and down. That was good for my heart rate and also in the games as well.”

Ahead of tonight’s game, the Lakers are considered favourites amongst bookmakers, with NBA lines site Betway pricing LA at 1.74 to beat the Celtics.