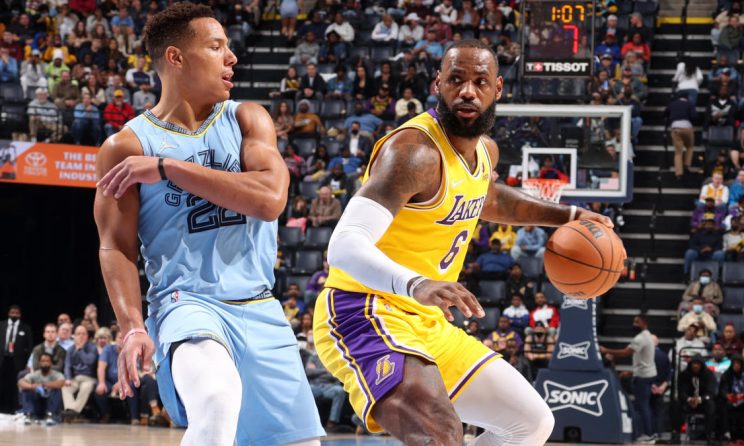 Thursday didn’t exactly go as planned for LeBron James and the Los Angeles Lakers. Coming off of a big win against the Boston Celtics and facing a Memphis Grizzlies team without key players Ja Morant, Dillon Brooks and Brandon Clarke, they likely expected to continue to build on Tuesday’s momentum and pick up another important victory. Instead, their disappointing season continued with a 108-95 loss to the Grizzlies that put a damper on the history James managed to make in the process.

LeBron ended the night with 20 points, 11 assists and 10 rebounds for his first triple-double of the season. In the process, he earned the 100th triple-double of his career. While triple-doubles have grown more common in recent years, it is still remarkably rare for any player to do it 100 times. Only Oscar Robertson, Magic Johnson, Jason Kidd and Russell Westbrook had done so before James. Ironically, three of those four players are connected to him. Johnson was the president of the Lakers when James joined the team. Kidd was an assistant under Frank Vogel for the past two seasons. Westbrook plays for the Lakers now.

Yet it wasn’t enough for the Lakers to hold off a Grizzlies team that is currently devastated by injuries and COVID-19. Such losses have been the norm thus far. Despite one of the easiest opening schedules in basketball, the Lakers are now 13-13 through 26 games and there’s little evidence suggesting that they’re about to improve. Frank Vogel told reporters after the game that the team’s “biggest problem this year is consistency,” but it’s hard to develop much of that when a roster with 12 new players has used 12 starting lineups in 26 games.

That inconsistency has put an enormous strain on James, who has been forced to carry a far greater load than the Lakers had hoped for this season. He entered Thursday averaging 36.8 minutes per game, the most he’s played as a Laker, despite being mere weeks away from his 37th birthday. In the past, James’ teams have been able to rely on him to overcome their shortcomings. Most of the first 99 of those triple-doubles helped push his teams to victories. But right now, not even the best of LeBron can lift a Laker team that has displayed practically no progress through almost a third of the season.