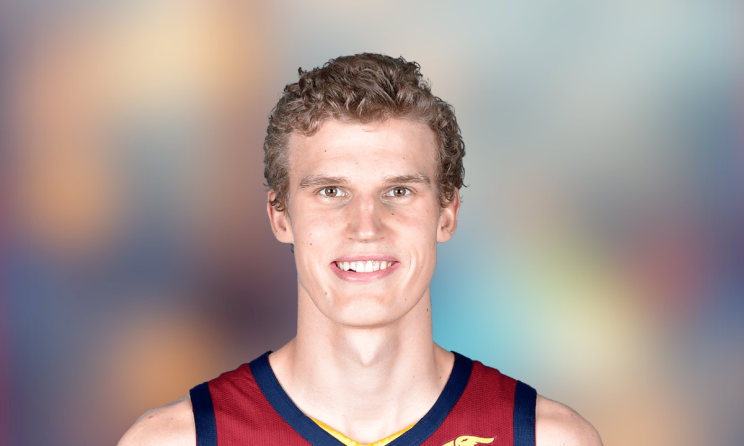 Chris Fedor @ChrisFedor
A source tells @clevelanddotcom that #Cavs are looking at Lauri Markkanen’s right ankle in the locker room. Not knee or Achilles. The initial feel is that it’s a pretty good sprain. – 9:16 PM

Serena Winters @SerenaWinters
Prayers up to Lauri Markkanen, who came down incredibly hard on his right ankle & was helped off the floor by teammates.
Will update you when I know more. pic.twitter.com/TCkexumo0k – 9:02 PM

Joe Gabriele @CavsJoeG
#Cavs F Lauri Markkanen contested an OKC shot and came down awkwardly on right ankle; was down for a while and was helped to the #Cavs locker room.
Updates to follow … – 8:59 PM

Chris Fedor @ChrisFedor
#Cavs Lauri Markkanen assisted off the court by two teammates. Putting very little weight on his right leg. It looked bad on replay and Markkanen was in a lot of pain. – 8:59 PM

Joe Mussatto @joe_mussatto
Lauri Markkanen is down and in a lot of pain. The whole Cavs team is huddled around him. – 8:56 PM

Kelsey Russo @kelseyyrusso
#Cavs Lauri Markkanen returned back to Chicago for the first time in the regular season since the trade this past summer.
He scored a season-high 28 pts in the Cavs’ loss to the Bulls.
He’s been finding ways to build on his offensive presence.
theathletic.com/3081356/2022/0… – 11:30 AM

Kelsey Russo @kelseyyrusso
That wraps it up here in Chicago. The Bulls beat the #Cavs 117-104.
Lauri Markkanen finished with a team-high 28 points. Darius Garland with a double-double of 20 points and 12 assists. – 10:18 PM

Kelsey Russo: #Cavs Lauri Markkanen went down on the court, with the entire team surrounding him. Cedi Osman and Dean Wade are helping him off the floor at the moment, heading back to the locker room. -via Twitter @kelseyyrusso / January 22, 2022

Kelsey Russo: J.B. Bickerstaff said that both Lauri Markkanen and Jarrett Allen were able to practice today. “They’re progressing,” Bickerstaff said of those two. “It’s always how you recover the next day and how you respond. My expectations are that they’ll play Monday, but you never know.” -via Twitter @kelseyyrusso / November 20, 2021