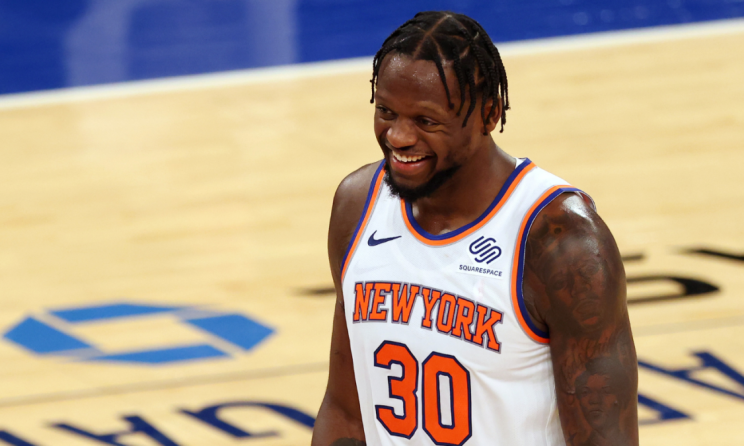 Two teams coming off back-to-back losses will meet in New York City on Thursday as the Knicks host the New Orleans Pelicans. The Knicks (22-23) are 11-13 at home, while the Pelicans (16-28) are 6-17 on the road. New York will be without Nerlens Noel (knee), Cam Reddish (ankle) and Derrick Rose (ankle), while Devonte’ Graham (ankle) of New Orleans is questionable. These teams have evenly split their 40 all-time matchups but the Knicks have won the last three meetings.

Tipoff is set for 7:30 p.m. ET from Madison Square Garden. New York is listed as four-point home favorites in the latest Knicks vs. Pelicans odds per Caesars Sportsbook. The over-under for total points scored is 209. Before making any Knicks vs. Pelicans picks or NBA predictions, be sure to see the NBA predictions and betting advice from SportsLine’s proven computer model.

The SportsLine Projection Model simulates every NBA game 10,000 times and has returned well over $10,000 in profit on its top-rated NBA picks over the past three-plus seasons. The model enters Week 14 of the 2021-22 NBA season on a stunning 56-30 roll on all top-rated NBA picks, returning over $2,200. Anyone following it has seen huge returns.

Now, the model has set its sights on Knicks vs. Pelicans, and just locked in its picks and NBA predictions. You can head to SportsLine now to see the model’s picks. Here are several NBA betting lines and trends for Pelicans vs. Knicks:

Why the Knicks can cover

New York fields one of the strongest defensive teams in the league, ranking fifth in points allowed per game. This comes thanks to an impressive interior defense as the Knicks are holding opponents to the fourth-lowest FG percentage and the fifth-lowest 2P percentage. The Knicks have numerous shot-blockers who also alter shots at the rim and they will force the Pelicans into jump shots which is New Orleans’ weakness. The Pelicans rank among the bottom 10 in 3P attempts, 3P makes and 3P percentage.

On offense, things run much smoother and more efficient when Kemba Walker is handling the point, and he returned to the lineup on Tuesday after missing three weeks. New York is 14-11 when Walker starts as opposed to 8-12 when he doesn’t. He can take advantage of a New Orleans defense that ranks 27th in FG percentage allowed. New York has also been strong against the spread recently, covering four of its last five and six of its last eight games.

Why the Pelicans can cover

Brandon Ingram continues to play at an All-Star level. Over his last 20 games, he is averaging 23.9 points a game on 46.5 percent shooting from the field. He also is contributing 5.9 rebounds and 5.8 assists per game over the stretch.

In addition, Valanciunas has been invaluable to this team with his physicality and scoring ability. The 7-footer from Lithuania ranks fourth in the NBA in rebounding (12.0 rebounds per game) while adding 18.4 points a game. His prowess from beyond the 3-point arc (42.4 percent) has helped an offense that has struggled at times in the halfcourt.

How to make Pelicans vs. Knicks picks

SportsLine’s model is leaning over on the total, projecting 216 combined points. The model also says one side of the spread hits over 60 percent of the time. You can only see the model’s pick at SportsLine.