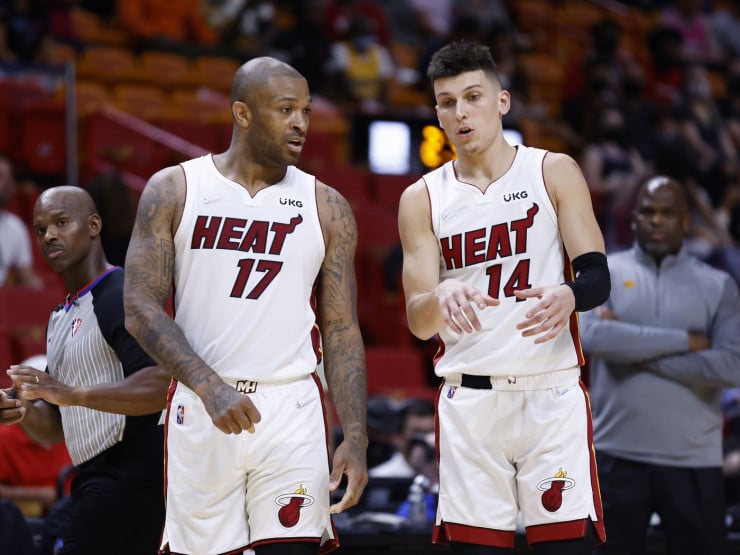 There’s a big Eastern Conference matchup in Miami as the Heat host the New York Knicks. Let’s take a look at the top NBA picks and betting trends, as well as the starting lineups for tonight’s Knicks vs Heat game.

Tonight is game one of a three game series between these two Eastern Conference teams. Last season the Heat swept the three game series so it’s safe to say the Knicks will want to redeem themselves this year. Both teams lost in the first round of the playoffs last season. Miami are flying high this season whilst the Knicks are struggling and have work to do if the are to make the Play-In tournament.

The game will depend a lot on how both teams injury reports look. At the time of writing this, both teams have many players listed as a game time decision.

New York are in a sticky spot of late and have lost 4 of their last 5 games. Miami are on the other end of the scale and have won 8 of the 12 games they have played in 2022.

Julius Randle leads the Knicks across the stat board averaging 18.9 points, 9.9 rebounds and 5.1 assists so far this season. He will without a doubt be instrumental if New York are to get a much needed win.

Miami are lead by Tyler Herro in points per game at over 20 points a game on 43% shooting The Heat have tenacious forward PJ Tucker who’s defence this year has been a joy to watch at times. The Free Agent signing has been a great acquisition to this Miami Heat team.

I’m struggling to look past Miami for this one. The are on good form and are flying high at the top of the Eastern Conference. They are playing like a team with something to prove this year after being swept by the eventual champions, Milwaukee Bucks, in the playoffs last season.

The Knicks had a strong start to the season and have struggled since. Personally I had high expectations for the team from New York City however they have been disappointing to say the least.

The ESPN Matchup Predictor gives the Heat a 76.2% chance of winning and I’d say that’s completely accurate. If the Knicks aren’t careful this could be a big win for the home team. My Knicks vs Heat prediction has the Heat winning by 17.