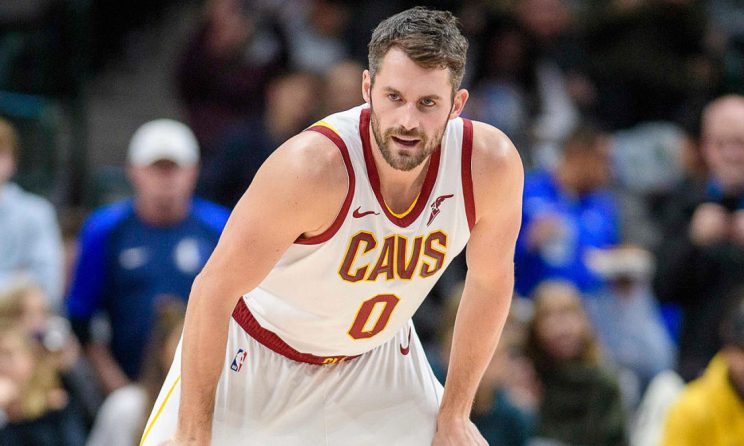 Brooklyn Nets star Kyrie Irving was fined $25,000 earlier this week for failing to partake in preseason media availability. On Friday, Irving called media members “pawns” in a post on his Instagram story.

“I’m thankful that we’re all working, you guys are all working. I think that goes without saying right now. I love this game. We’ve been able to pull this off, we’re still able to do this,” Love told reporters on Friday.

“I’m sorry I’m getting deep with this like Kyrie does, but at the end of the day … I just feel like every man, every woman is my superior and that I can learn with them. That’s just how my curiosity really works, and I don’t have fear with that. I’ve talked about not having prejudice with that, I try to live by those words. That’s how I feel. I think that calling anybody a ‘pawn’ is a sure sign of disrespect.”

As per NBA regulations, players are required to answer questions from media members when training camp begins. However, Irving released a statement last week that he wasn’t going to speak to the media and would let his work on and off the court do the talking.

“I understand where Kyrie is coming from in trying to better a number of people’s lives, but I’m just not a divisive person, so that’s where I stand on that,” Love added. “I love Kyrie. I know he’s changed, (don’t know) what’s going on, but again I’m just not a divisive person. I believe everybody has a part to play, so long as the intent’s there and it comes from a good place.”

Irving is set to make his preseason debut on Sunday when the Nets take on the Washington Wizards and we’ll see if the media blackout continues.