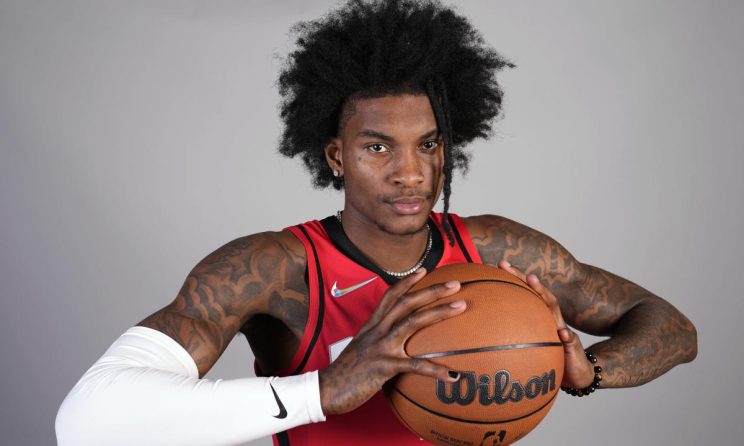 Count former MVP and two-time NBA champion Kevin Durant as among those impressed by Kevin Porter Jr. of the Houston Rockets.

After the third-year guard tallied 25 points and 5 assists in just 29 minutes during Tuesday’s win by the Rockets in the preseason opener, including 5-of-9 on 3-pointers, the Brooklyn superstar and future Hall of Famer wrote this on Instagram beneath Porter’s highlight video:

Now 21 years old, the lanky lefty (who says he’s 6-foot-6) has earned talk this offseason as a potential Most Improved Player candidate for the 2021-22 season. Houston’s decision to make veteran John Wall a healthy scratch for the foreseeable future was reportedly made to give Porter more repetitions as the primary point guard, so the 2019 first-round pick should get every opportunity to continue building on his early success.

Porter and the Rockets will continue their four-game exhibition slate with Thursday’s home matchup versus veteran point guard Kyle Lowry and the Miami Heat. Tipoff for the nationally televised game, which can be viewed on ESPN2, is set for 9:00 p.m. Central from Toyota Center.