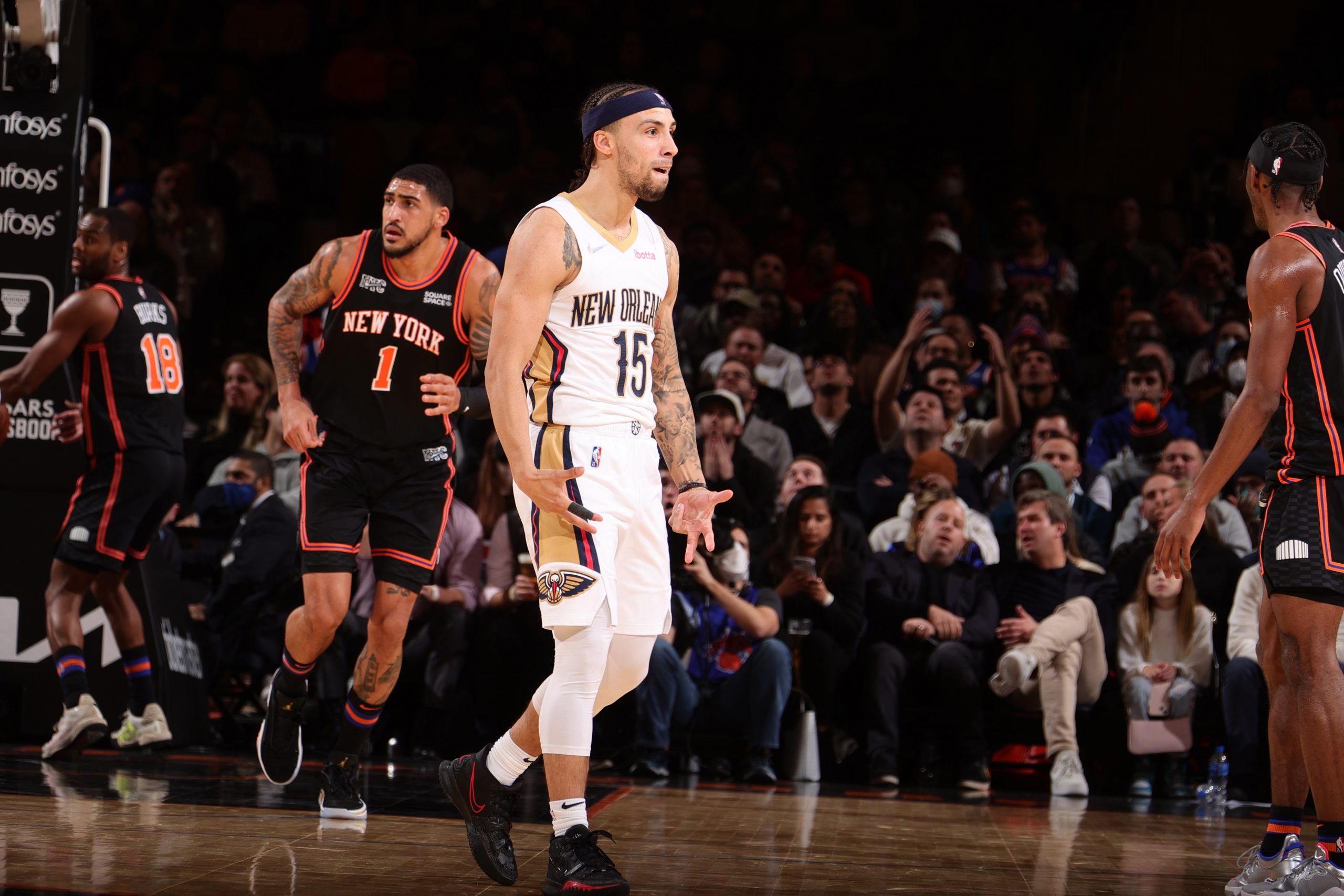 As the Omicron variant of COVID-19 continues its surge around the NBA, it’s allowed G Leaguers, two-way players, and veterans a chance to fill in while rosters are ravaged with their players in virus protocols.

One player making the most of his opportunity is New Orleans Pelicans rookie guard Jose Alvarado.

“I’m at the Garden, I won, and I’m doing the interview with y’all. And my people are right there… you can’t make that up.”

13 points, 4 steals, and 4 assists off the bench. What an incredible evening for Jose Alvarado 💛 @PelicansNBA | #WBD pic.twitter.com/QrQAnj3sst

Alvarado came out energized in his first game as a pro at Madison Square Garden, a 102-91 win over the Knicks. The Georgia Tech product seized the moment in the 20 minutes he played off the bench, contributing a career-high 13 points and four steals along with four assists in 20 minutes off the bench.

“When we had shootaround, I was like, ‘Wow, damn, I’m at Madison Square Garden about to play,’” Alvarado said per Christian Clark of Nola.com. “It was just a great, great feeling. When I seen the fans start coming and people I know and they showing me love, it was just like, ‘All right, I feel it. It was just one of those nights.’”

In August, the Brooklyn-bred signed a two-way contract with the Pelicans after going undrafted in the 2021 NBA Draft. Alvarado is splitting time with New Orleans and their G League affiliate, the Birmingham Squadron. The 23-year-old averaged 3.1 points, 1.0 rebounds, 1.6 assists, and 1.0 steals in 9.2 minutes per game.