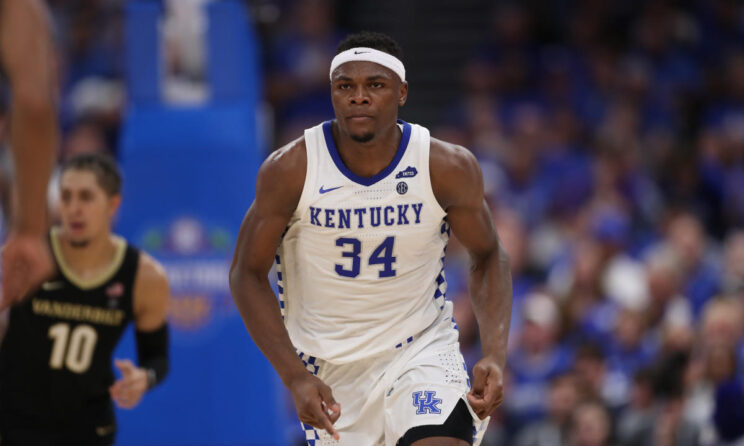 Two of college basketball’s preeminent programs are squaring off.

Kentucky and Gonzaga will play a men’s basketball home-and-home series starting this upcoming season. Wildcats head coach John Calipari and Bulldogs head coach Mark Few announced the series on Tuesday during a UK fundraiser at Rupp Arena to aid victims of the deadly flooding in Kentucky.

Few joined Calipari on the video board for some banter before announcing that the teams would tip off the series on Nov. 20 at Gonzaga.

The teams will meet again in Lexington during the 2023-24 season. The games will be the first time the programs have met on each other’s home floors. UK and Gonzaga have met just once previously at the 2002 Maui Invitational. No. 15 Kentucky beat 20th-ranked Gonzaga, 80-72.

Oscar Tshiebwe is back after being named consensus National Player of the Year. (Peter Joneleit/Icon Sportswire via Getty Images)

This year’s matchup immediately becomes one of the most anticipated games of the college basketball slate. Both programs are coming off disappointing NCAA tournament runs with No. 1 seed Gonzaga falling in the third round to Arkansas and No. 2 seed Kentucky suffering a stunning upset to No. 15 seed St. Peters in the opening round.

But both teams are reloading with projections widely placing them both in the preseason top 5. Returning WCC Player of the Year and two-time All-American Drew Timme returns to anchor a deep Gonzaga team as a senior. Meanwhile, consensus National Player of the Year Oscar Tshiebwe is back to lead a Kentucky team boasting the nation’s No. 5 recruiting class.