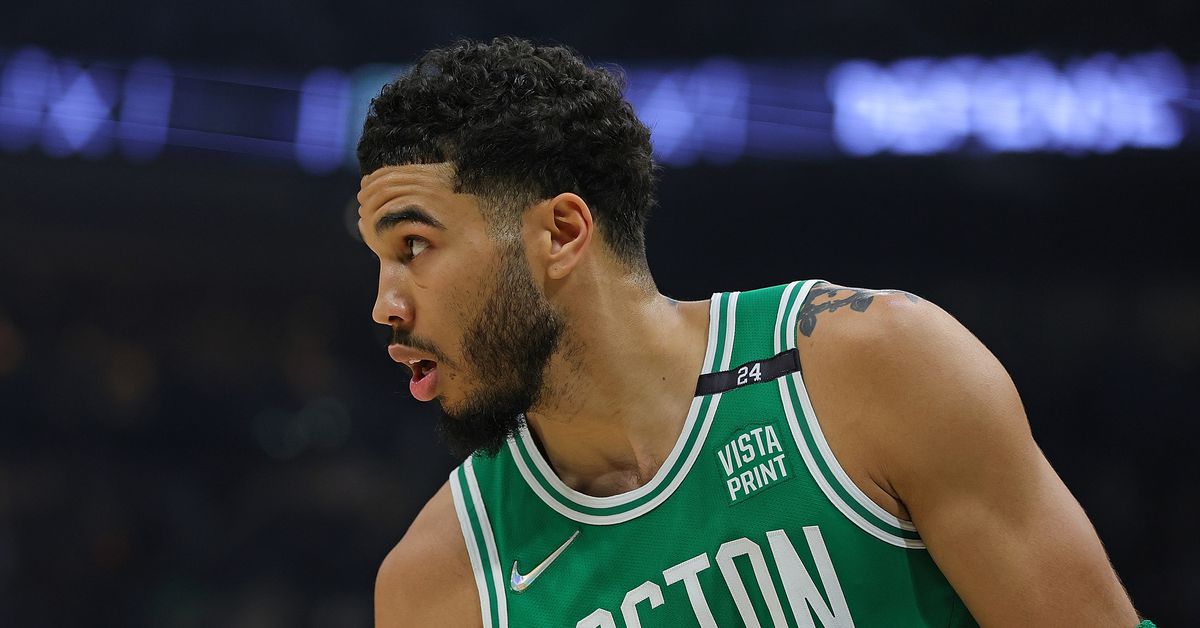 The Boston Celtics lost a tough one to the Milwaukee Bucks in Game 3, 103-101. Al Horford and Jaylen Brown fought hard against the relentless scoring of Giannis Antetokounmpo. But as the Celtics battled late in the fourth quarter, only one thing was on fans’ minds: where was Jayson Tatum?

Tatum shot just 4-of-19 and scored 10 points in a game the Celtics lost by two. While that could give some fans hope moving forward, hindsight leaves many wondering how the game would have played out if the star just made a few more shots.

After the game, head coach Ime Udoka took to the mic to discuss Tatum’s performance. He said Tatum was just overthinking things and getting too deep into the Bucks’ defense:

He was passing up some open looks, overthinking at times. Just gotta try to simplify it, not get too complicated. They’re gonna sit back in the lane, you’ll have your pull-ups. And like I said after the first timeout, one or two dribbles too many. Kind of getting into the teeth of your defense. We gotta set screens and free these guys up and they can walk into their wide-open shots. Over penetrated a little bit, got into the crowd a little bit and started overthinking a little bit.

Only three of Tatum’s 19 shots came within five feet of the hoop, and he shot 2-of-3 from that range. Tatum missed all six threes he took in Game 3 and struggled from the mid-range as well. But while the shot wasn’t falling, the real issue was that Tatum stopped looking to pass.

Last season, the biggest knock on Tatum’s game was a lack of playmaking, a skill he’s developed nicely this year. He’s averaging 6.6 assists in the playoffs so far. However, he only dished out three dimes in Game 3 as he continuously looked to find his own rhythm. Knowing when to pass and when to score could be the difference between 4-for-19 with three assists and 4-for-10 with seven.

Take a look at these two plays. Tatum never even looks to pass.

The first look in the paint was a quality one, as Tatum’s nailed that floater a million times. That being said, no one was covering Grant Williams in the corner. Antetokounmpo has shifted over and was locked onto Tatum, and Jrue Holiday was glued to Brown. And even if Antetokounmpo had time to close out on Williams, it could have created another drive-and-kick opportunity.

Tatum’s decision in the second clip is even more questionable, as he ends up getting a contested three-point shot. Robert Williams was open on the roll as Antetokounmpo had dropped back in coverage. Time Lord probably wouldn’t have had time to get an open look, but he could have made a play off the drive.

The worst part about these two shots is the timing. At this point, Tatum was 2-for-10 on the game and proceeded to take these shots as his next two looks. Tatum would go on to shoot 1-of-8 in a third quarter where the Celtics got blown out. The third was full of questionable shots from the 24-year-old.

That play may have been the worst of them all. Before he took that shot, he had already gone 0-for-4 in the third. Daniel Theis set a screen to get Brown some space in the corner, but Tatum’s eyes were locked onto the basket. He had two defenders contesting his shot and didn’t notice his teammate setting up in the corner.

Tatum echoed Udoka’s thought process after the game. He said that while he’s been better at making the right reads this season, that was an issue for him in Game 3:

I’ve been doing a great job of it. Today was just a one-off. I probably was thinking a little bit too much. Knowing that they gave me a lot of attention. Obviously, I passed out some open looks that would have been best for the team, which led to some turnovers and things like that. But it all comes down to, I just got to make better reads.

The young superstar provided the flipside of the issue, which was also a problem for him in Game 3: he wasn’t aggressive enough. Tatum ended up settling for tough looks and passed up some looks at the rim that could have earned him a trip to the line. Take a look at the very beginning of this play which ends up in a Horford putback.

While the end result may have been two points, Tatum passes up a relatively open look at the rim. Antetokounmpo may have been under the hoop, but Tatum had the first step on him, and he should be looking to attack against anybody at this point in his career.

Tatum’s lack of aggressiveness resulted in him shooting just three free throws in a game where the Celtics won the free-throw battle 34-17. This series has been extremely physical, and while players like Brown (11 FTA) and Antetokounmpo (12 FTA) sought out contact, Tatum seemed to avoid it.

The star also admitted that he’s “gotta be better” and that the Celtics are going to come out hungry on Monday in Game 2. A win would see the Celtics re-gain home-court advantage, which would be a great luxury heading back to Boston. Game 2 tips off at 7:30 p.m. on Monday night and can be streamed on TNT.