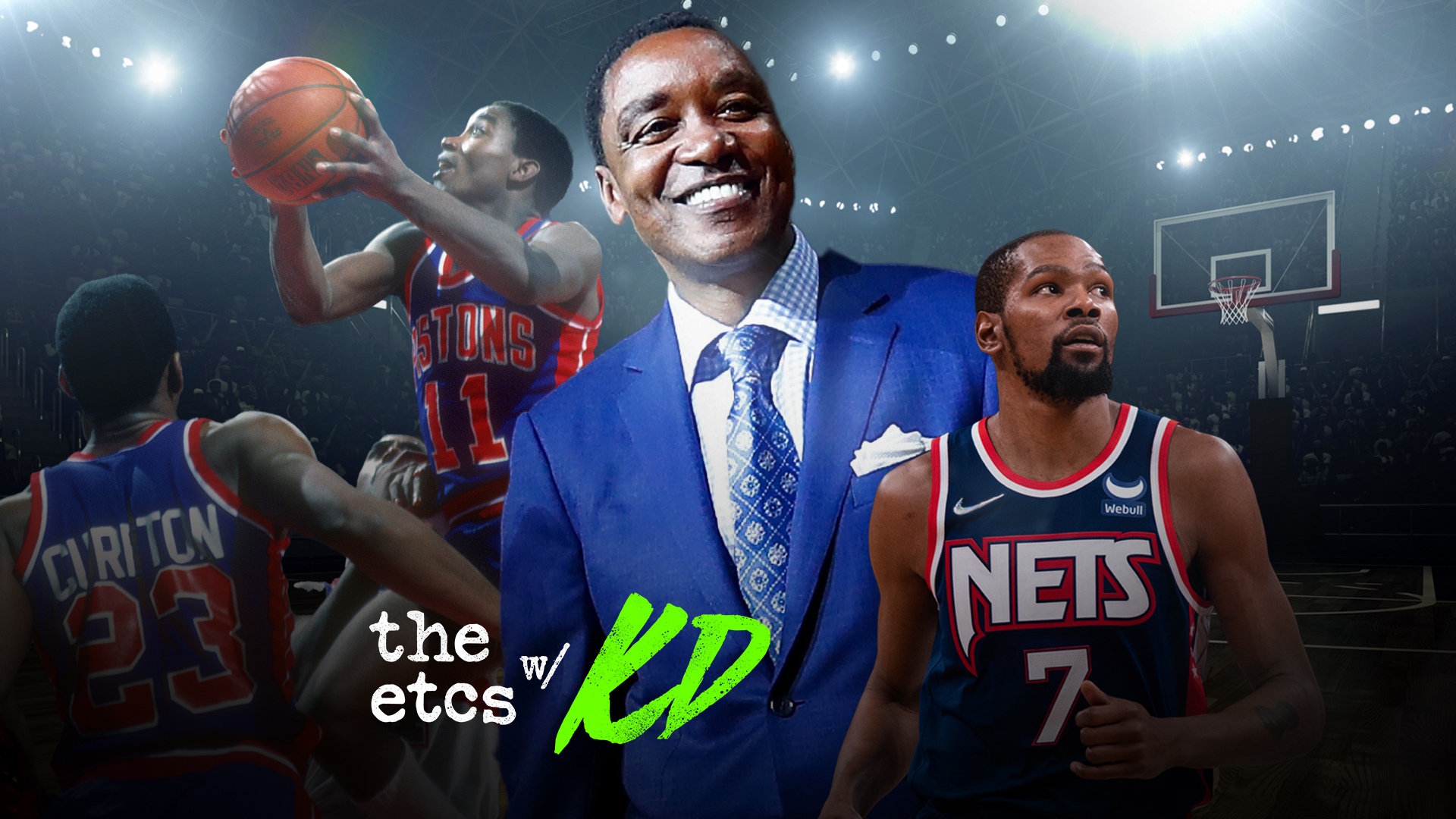 Isiah Thomas recently appeared on Kevin Durant’s Boardroom podcast, ‘The ETCs Podcast with Kevin Durant.’ The former Finals MVP spoke with Durant and co-host Eddie Gonzales about Thomas’ career and his thoughts on the current era of the NBA.

During the podcast, Thomas, whose Hall-of-Fame career can serve as inspiration to all, dropped numerous gems. None more important than stating that although nothing compares to being on the court, the life lessons he learned on and off the court helped prepare him for his career.

Thomas was also effusive in praising Durant, LeBron James, and Stephen Curry, who he says define the last 15-20 years in the NBA.

He even believes that both Durant and James could win when he played in the ’80s and ’90s.

“If you put Kevin Durant in the triple post, and he gets to post up like Jordan posted up in the mid-range and he got to shoot it 30-35 times a night, and we can’t double-team, you win six of them too. The same thing with LeBron, you put LeBron in the mid-post, triple post, back in the ’80s and ’90s and you putting these kinda athletes—we would have no shot at guarding Kevin Durant or LeBron James. We just wouldn’t unless we came and double-teamed and fouled you hard.”

With that, Thomas was also critical of the power analytics has in today’s game:

“I see how so many players can be so much better than what they are allowed to be under this confined system of play that analytics has convinced everybody to play the same way. Analytics may be good in society, analytics in sports only makes everybody conform, and act and think the same way. What makes champions is when they have a different style playing against a different style.

“Anybody who makes it to the NBA, we are really outliers in society. What they’ve done with analytics is taken all the outliers and put them all in one group and say y’all act the same way. If we come to the game and say here’s the formula for winning, you gotta take 30 three-point shots, you gotta get to the line 24 times, you gotta shoot a certain field goal percentage, and with this mathamitical formula, this is how you win—I’m just saying, that’s not how it works.”

The marketing of Analytics in the @nba has convinced coaches and players to “think” and “play” the game the same exact way to achieve accurate measurements. Some players and teams would be better off playing a different style.

It wouldn’t be an interview with an NBA legend like Thomas without asking him how he would fare today. Thomas believes that he would “be alright” in today’s League despite being undersized as a 6-1 point guard. He also balked at the notion that his era didn’t have to matchup with long, rangy players.

“In the ’80s, you gotta remember I came in the era when the point guards had all sized up. Everybody was Magic’s size, everybody was 6-7, 6-8, 6-9. So it was Magic Johnson, Reggie Theus, Micheal Ray Richardson, Paul Pressey, Sidney Moncrief, Dennis Johnson. So them the guys I was playing with.”

On the newest episode of #TheETCs, @IsiahThomas joins @KDTrey5 & @bansky to discuss how he would fit into today’s NBA landscape, + much more.