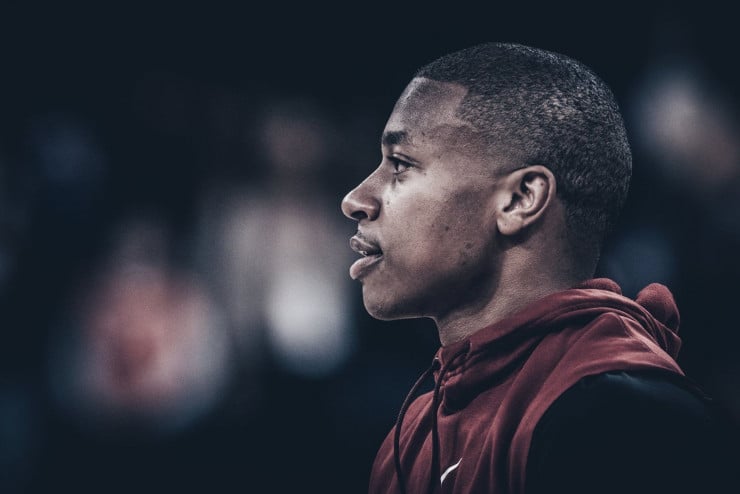 The past two years have been filled with anxiety, anger, and mostly negative news all around the world. While we are still in the middle of a global pandemic, there are still some feel-good success stories out there. One example has been the opportunity given to one of the best underdogs the league has seen in the past decade.

Ten years ago today, Isaiah Thomas made his NBA debut with the Sacramento Kings. The opponent that day? The Los Angeles Lakers. Fast forward ten years and Thomas is back on the floor as a member of the purple and gold.

It has been a roller coaster ride in between, as Thomas was measured at 5-8 and 3/4 inches at the 2011 NBA Draft Combine. Height was a major concern for teams as they considered selecting the former Washington Huskie product. The Kings eventually selected Thomas with the final pick in the draft that year.

After three seasons in Sacramento, he was traded to Phoenix for next-to-nothing. After a brief stint there, he was sent to Boston, where he blossomed into a star. He made the All-Star team twice during his time in Boston and was named to the All-NBA team during the 2016-17 season. Thomas averaged a career-best 28.9 points per game that year.

Thomas was playing at an elite level. Then, a hip injury nearly took everything away from him.

The challenges that Thomas has overcome on the court are one thing, but what he has had to deal with off of the court is something entirely different. The untimely passing of his sister shortly before his hip injury was understandably difficult to process, mentally. He has unfortunately never been the same since the hip injury.

With Isaiah Thomas back in the league, let’s look back to his unforgettable playoff performance following his sister’s death.

He dropped 53 points on her birthday.pic.twitter.com/PlU23ICiZa

Even though Thomas may never be his All-NBA self again, he has proven that he is a valuable asset that teams should covet as players continue to get shuffled around due to Health and Safety Protocols. As with most veterans at this stage of their career, the 32-year old has come to terms with his situation and focused on certain aspects of the game that he can excel at. He did just that in Los Angeles.

LeBron James was reunited with his former teammate and is genuinely happy for him. “I’ve always had respect for him and I’m happy to see him back in the league,” James said. “The difference between when we were teammates in Cleveland and now is that he’s healthy now. He wasn’t healthy in Cleveland and he was playing out of pure grit and his hip was just not allowing him to be who he was before the injury. So obviously he has his pop back, he has his shot back and it’s good to have him.”

That shot that James mentioned is what makes Thomas so valuable. While he may not have the physical tools to be a great defender, there are many other things that he can provide. He is a three-level scorer and is excellent in transition. He has also been attacking the rim relentlessly, earning trips to the free-throw line. That is an area where he remains elite, as he is a career 87 percent shooter. He can also provide playoff experience to some of the up-and-coming young teams in the league.

Thomas is surrounded by veterans on this Lakers team, and although they desperately lack chemistry, they know what their teammates bring to the table. Carmelo Anthony went through a similar situation before Portland finally took a chance on him. Thomas hopes to follow a similar path, even if it comes with a different team. His 10-day contract, which ends today, has essentially been a BAR exam for the rest of the league. In the eyes of this writer, Thomas has passed with flying colors. There are plenty of teams in the league that could use his production.

Availability is the keyword right now, as most rosters around the league have been decimated by injuries and players dealing with COVID-19. With so many players from the G-League coming in to help out short-handed teams, it is the perfect opportunity for Thomas to thrive. Chemistry is not a major concern for these teams, and finding talented offensive players is always at the top of the wish list for coaches and executives.

Thomas is in his second stint as a Laker and has played for eight different teams over the course of his career. That number may grow as this season plays out, which should not come as a surprise. The Lakers would like to keep him, but there are several other places where he could be a tremendous fit, especially with a contending team in a sixth-man role off the bench.

On the other side of the country, Kemba Walker was not playing because of his defensive struggles. With a similar body frame and playing style, Thomas can relate. Ultimately, New York had no choice but to put the veteran point guard back on the floor, and it certainly paid off for them. After scoring 50 points in his first two games of the month, Walker erupted for 44 points, 9 rebounds, and 8 assists on Thursday, and followed that up with a triple-double in their win over the Hawks on Christmas.

Kemba Walker since being back in the rotation:

Today was his first triple-double since 2014 and the first ever by a Knick on Christmas. pic.twitter.com/q4gxnwPSL3

Guys like Thomas and Walker have weaknesses, just like every other player in the league. Theirs are just easier to spot. When they are surrounded by excellent wing defenders, those deficiencies can be masked. Their offensive prowess can also help offset the value as well. There are a lot of guys that have dropped out of the league and want to find their way back in. None of them have the desire and the passion that Thomas has shown, and he just wanted a chance.

“I always told myself that all I ever wanted was a chance,” Thomas said. “No matter if I was drafted first or last, I just wanted to get drafted because I knew if I got the opportunity, I would take advantage of it no matter what.” He has now taken advantage of both opportunities and is once again proving people wrong.

Although he might be smaller in stature by traditional NBA standards, Thomas arguably has the biggest heart in the league. That, along with his unwavering perseverance, has him back where he belongs.