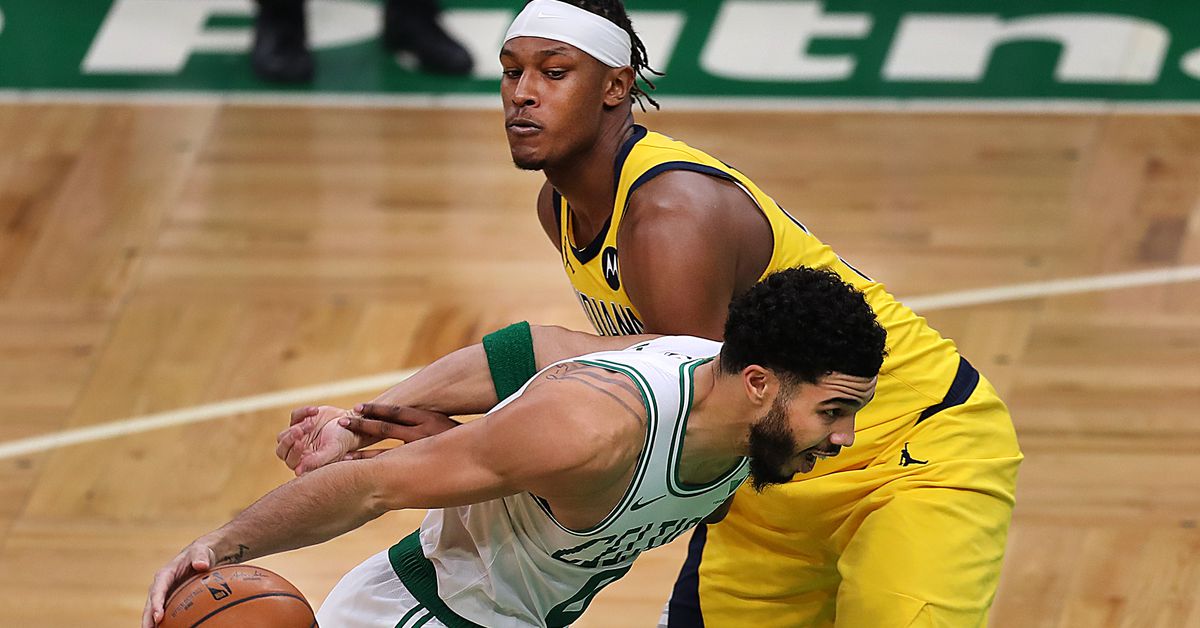 The Celtics host the Indiana Pacers for the first of 4 games this season. This is the first of a home and home series as they meet again on Wednesday in Indiana. They will meet for the third and 4th times on February 27 in Indiana and on April 1 in Boston. The Celtics won the series 2-1 last season with all of the games fairly close. These two teams are 44-44 all time and 26-17 all time in Boston.

The Celtics are playing in their second straight home game after beating the Knicks at home on Saturday. They then face Indiana and Philadelphia on the road before coming back to the TD Garden for another 4 game home stand. The Pacers are coming off of 2 straight home games, including the big win at home over the Jazz on Saturday. They are back home again on Wednesday to close out the home and home series against the Celtics.

The Celtics are still close to being at full health. Payton Pritchard remains out in the health and safety protocols. He is still experiencing some symptoms of covid and so remains in the protocols. Brodric Thomas is probable after missing the first 4 games in January. He will likely return to the Maine Celtics rather than the parent team. Bruno Fernando and Aaron Nesmith have also been assigned to the Maine Celtics but either one or both may return to the team for this game.

The Pacers have 3 players out and 5 more that are a game time decision. Justin Anderson is out in the health and safety protocols. TJ Warren is out with a foot injury and TJ McConnell is out with a wrist injury. Goga Bitadze, Torrey Craig, Isaiah Jackson and Caris LeVert are all questionable due to conditioning after returning from the health and safety protocols. Malcolm Brogdon is also questionable but is returning from both an Achilles injury and covid. If he can return, he may slip back into the starting lineup but also may be on a minutes restriction.

Al Horford vs Domantas Sabonis
Sabonis is averaging 19.3 points, 11.7 rebounds, 4.5 assists, and 1.0 steals per game. He is shooting 58.6% from the field and 32.3% from beyond the arc. He is coming off a 42 point game against the Jazz where he shot 18-22. He also had a triple double in the game before that, a loss to the Nets. The Celtics will need to particularly slow Sabonis down as he is capable of willing the Pacers to a win if not defended well.

Robert Williams III vs Myles
TurnerTurner is averaging 13.2 points, 7.3 rebounds, 1.1 assists and 2.9 blocks per game. He is shooting 51.8% from the field and 35.7% from beyond the arc. The Celtics will need to guard him both in the paint and on the perimeter as he attempts more than 4 three pointers per game. With Robert Williams blocking 2.1 shots per game and Turner blocking 2.9 shots per game, this could be quite the block party.

Honorable Mention
Josh Richardson vs Lance Stephenson
Stephenson was signed to a 10 day hardship contract and according to Rick Carlisle, he has given the Pacers a spark and has energized the team. Over his last two games, he has had 30 points and 5 assists in a loss to the Nets and 16 points and 14 assists in a win over the Jazz. He is averaging 14.3 points, 3 rebounds, 6 assists and 1.2 steals per game while shooting 55.8% from the field and 31.2% from beyond the arc. Hopefully, Richardson will match that spark off the bench for the Celtics.

Keys to the Game
Defense – If the Celtics want to stay on track and continue winning, they must make defense a priority. Defense is always the key to winning games.. The Celtics are 7th with a defensive rating of 107.2 after holding the Knicks on 75 points on Saturday. The Pacers are 21st with a defensive rating of 110.3. The Celtics need to especially defend the paint as the Pacers are 8th with 48.2 points in the paint per game.

Rebound – The Celtics are 9th in the league, pulling down 45.8 rebounds per game. It is important to rebound the ball to give themselves extra possessions and to prevent the opponent from getting the same along with 2nd chance points. The pacers get 14.1 second chance points per game. Much of rebounding is desire and effort and the Celtics have got to put out more effort on the boards if they want to get a win in this game.

Play As a Team – The Celtics play very well for periods in a game when they run and move the ball and play unselfishly, finding the open man and the best shot. Then, they for some reason go away from that and play iso ball, dribbling out the clock and taking contested, last second shots. When the Celtics get over 20 assists per game they give themselves a good chance to win. When they get fewer than 20 assists, they usually struggle. They have to play team ball for the entire game and not just a quarter or two.

Stay Focused – A lack of focus can explain a lot of the Celtics problems when they struggle. They lose focus and turn the ball over time after time during stretches in the game. They also lose focus and struggle to hit shots that they would usually make. At times they also lose focus on defense and miss assignments and allow opponents open shots on the perimeter and easy shots inside. The Celtics must stay focused and take care of the ball, focus on taking and making good shots, and focus on playing tough team defense.

Be Consistent – So far this season, the Celtics have been consistently inconsistent. At times they play very well and build big leads and are strong defensively. They shoot the ball well from the perimeter and drive into the paint to get easy baskets. And, they move the ball and play well as a team on both offense and defense. At other times they look like the Keystone Cops and turn the ball over on every other possession and shoot 4-42 from beyond the arc while allowing open shots all game for the other team. They have got to find some consistency as a team and as individual players.

X-Factors
Home Game – The Celtics are home for the second straight game. They have the home crowd behind them to give them extra motivation. The Pacers are on the road, where they haven’t played all that well this season so far and where they are faced with the distractions of travel, hotel stays and a hostile crowd. The Celtics need to take advantage of playing at home and defend their home court.

Officiating – Officiating can always be an x-factor. Every officiating crew calls the game differently. Will the refs call it tight? Will they let them play? Will the Celtics spend more time complaining about fouls than actually shooting the ball? Once again, the Celtics must adjust to the way the crew is calling the game and not allow it to become a distraction for them.