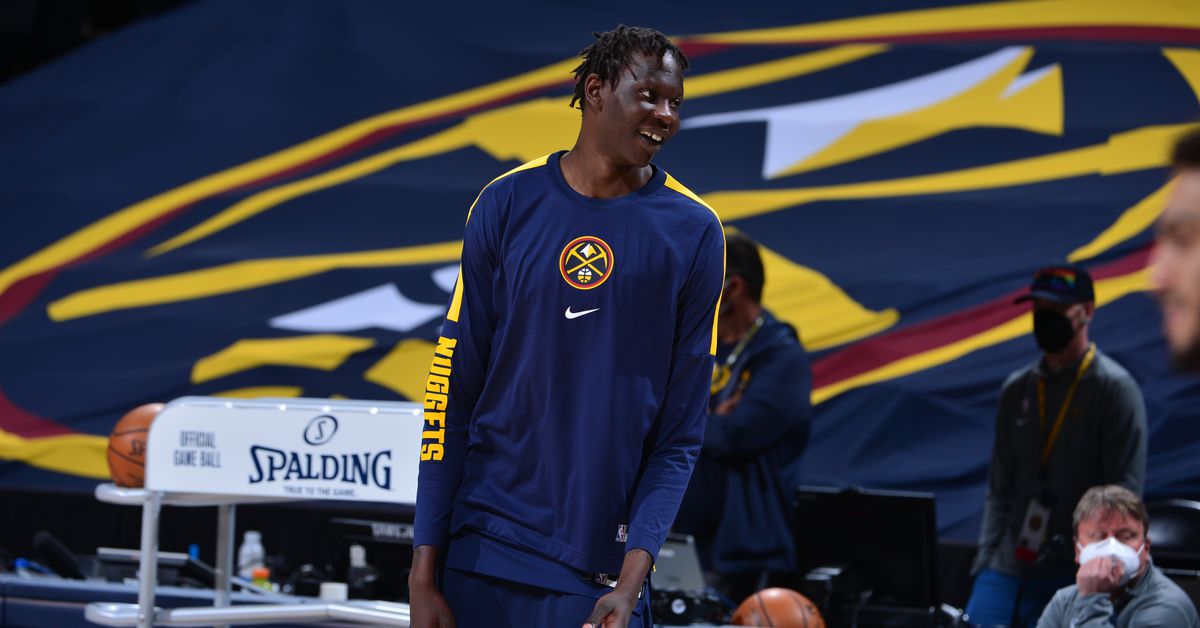 It has been eight days since the Boston Celtics acquired Bol Bol and PJ Dozier in one of this season’s first trades, and we’ve yet to hear a peep on either player from the organization. Obviously, neither will be playing any time soon — Bol has been scheduled to have surgery on his injured foot that will hold him out for 8-to-12 weeks; Dozier tore his ACL earlier this season and is out indefinitely. But typically, you hear something.

Finally, earlier today, Ime Udoka gave fans something to nibble on, telling reporters at practice that Bol Bol is with the team, but PJ Dozier is rehabbing, and thus not with the Celtics as of yet.

Bol’s in the building, and all of our meetings, all our pregame stuff, and our practices. We’ve been a little more hands-on with him than with P.J. (We’re) just encouraging these guys to continue with the rehab process. And whereas P.J. is out for the year, Bol has a chance to come back later in the year and acclimate him to the group, get them comfortable … and just have them around for the most part until he’s able to start doing some activity on the court.”

Last week’s three-team trade saw Denver receive Bryn Forbes from San Antonio, while the Celtics sent Juancho Hernangomez and cash to the Spurs and received both Bol and Dozier from the Nuggets. Given that Bol, as Udoka noted, has a slight chance to come back “late in the season, if at all”, he’s bound to be the foremost topic of conversation of the two. Udoka noted as much, giving the media his abridged first impressions of the seven-and-a-half footer, as well as hinting at how the third-year big man has been acclimating since arriving with his new squad.

“[He’s] a quiet guy, very quiet … [He] doesn’t say a lot. This is a new group for him, obviously he played with Payton [Pritchard at Oregon], so he has some familiarity there. But overall, he’s a quiet guy, but he’s fine. He’s been around the group for a few days now, and we are getting him up to speed with what we do and how we do things. It’s just good to have him around the group.”

Quiet? Doesn’t say much? A bit reserved, but intentional in his communication? Sounds like Bol and Udoka will have a lot in common, if not a lot to talk about.