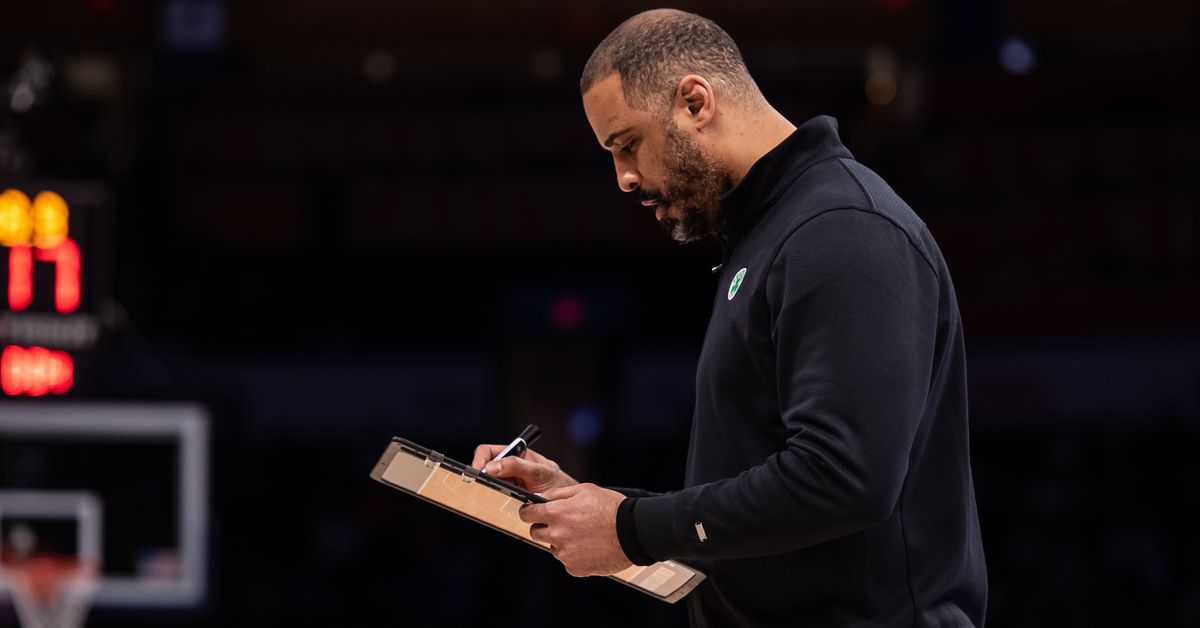 Brad Stevens was always known as the X’s and O’s wizard, drawing up brilliant set after brilliant set, especially in late-game or after timeout (ATO) situations.

But here’s a piece of trivia: this season under Ime Udoka, the Boston Celtics were the NBA leaders in efficiency during ATOs. That’s right. Despite the wizardry label being attached to the former head coach, Udoka has been more effective in drawing up plays that score, as the Celtics led the league with 1.032 points per possession (PPP) after a timeout. No other team in the NBA exceeded 1.0 PPP during the regular season.

Over the course of a seven-game series in the playoffs, coaching tactics and key decisions after a dead ball can help ease the difficulty onto star players in creating easy looks. We’ve already seen the lack of a reliable whistle, defensive gameplans for Jayson Tatum, and the physical nature of the postseason in this series against the Milwaukee Bucks. Perhaps a little boost from the head coach could give the C’s an extra point or two during the series.

So what plays can Udoka draw up that is already familiar to the Celtics offense? We have a few ideas, both for who they should draw them for and what they accomplish.

Sometimes the best way to get the Celtics a bucket is to go away from Tatum after a timeout. In that spirit, let’s first look at how the C’s can get their other superstar open looks.

Brown is great with momentum towards the rim, and down screens help get him separated from his man. The way Udoka sets these up routinely makes Brown look absent from the play when, in reality, the design is solely for him.

The setup for these down screens rotates between different front sets or initial actions, but the result is the same: Brown (and occasionally Tatum) coming out of the corner towards the middle. If Brown can command enough attention, he gets a big man to hedge out on him and can slip the ball inside to a rolling Al Horford or throw it over the top to a terrorizing Robert Williams.

Optimally, Brown would be getting touches near the elbows to play one-on-one with a headstart. If the Celtics want to get Jaylen going, these down screens have time and time again proven to be a great way to do so.

Speaking of the Timelord getting lobs, Udoka went to a designed lob screen set several times during the middle portion of the season. As we’ve seen through the first three games of the Bucks series, Williams isn’t getting open at the rim at the same rate as he’s always been — or at least isn’t hit there as frequently.

One way to remedy that is to call up this back screen set coming down the floor. It’s disguised as a normal Delay action the Celtics run, swinging the ball through Williams atop the key. He then bursts off a back screen (usually set by Tatum) for an open lob at the back of the rim.

The key to this is having Tatum — a guy defenses will not help off of during the playoffs — as the screener. That lack of help, and a desire to not switch to create a mismatch for Tatum, will help Williams get open. The slower Brook Lopez likely won’t be able to recover in time to catch up on the lob.

It was just a few days ago the effervescent Grant Williams was clamoring for playcalls in his name. He’s certainly going to be on the floor a lot during the Bucks series as he’s proven to be their best defensive option against former MVP Giannis Antetokounmpo.

Ime Udoka on Grant Williams wanting plays ran for him like Tatum & Brown:

“I called one play for him this year against OKC when SGA was on him, and he got a post up and Gilgeous blocked him at the rim, and that was pretty much his one attempt.”

To be honest, Udoka has utilized Grant as a creator in ATO situations before. The play may not always be called for Grant to score, but he knows how to make the right decision: sometimes that is to score, sometimes it’s to pass.

The play is a really tricky one to defend, a borderline illegal screen known as a brush screen that is set by a guard. Grant comes driving hard to his right hand, hoping to get a deep paint touch or finish at the rim.

The weak side is the key here. A hammer screen, or back screen set by the big to drop a shooter to the opposite corner, takes away the help defense or punishes it for going all out at the rim. We’ve seen Payton Pritchard receive 3-point looks on this set as a result.

We love this play for how difficult it is to guard and how it can result either in a layup or a corner 3-pointer. Great looks the Celtics can capitalize on in the moments when one of Tatum or Brown are on the bench.

Udoka has been really smart at not overextending Tatum with play calls, opting for a more free-flowing strategy and trusting that the high-IQ veterans on his team will find ways to get the ball to Tatum. On nights when he’s off (such as Game 3) or getting physically face-guarded, a little backdoor cut or curl can help get him a layup to boost confidence for the rest of his game. Sometimes all he needs to see is the ball go in once…

There have been dozens of unique plays that have been run for Tatum all year, but our favorite was one he went to once at Oklahoma City earlier this year. It’s a common set that works routinely, but sees Tatum curl over the top of two screeners at the elbows in a way that helps tight defenders get shaken as he darts to the rim.

Against the stingy Bucks defense, the Celtics need open looks. What I appreciate about all four of these — and why we chose them — is that they help get those looks at the basket. Right now, Boston’s shot selection out of the flow of offense is very 3-point heavy. Putting pressure on the rim in dead ball situations, and seeing Udoka help the Celtics there, would ease the burden on guys like Tatum and Brown during the rest of the game.