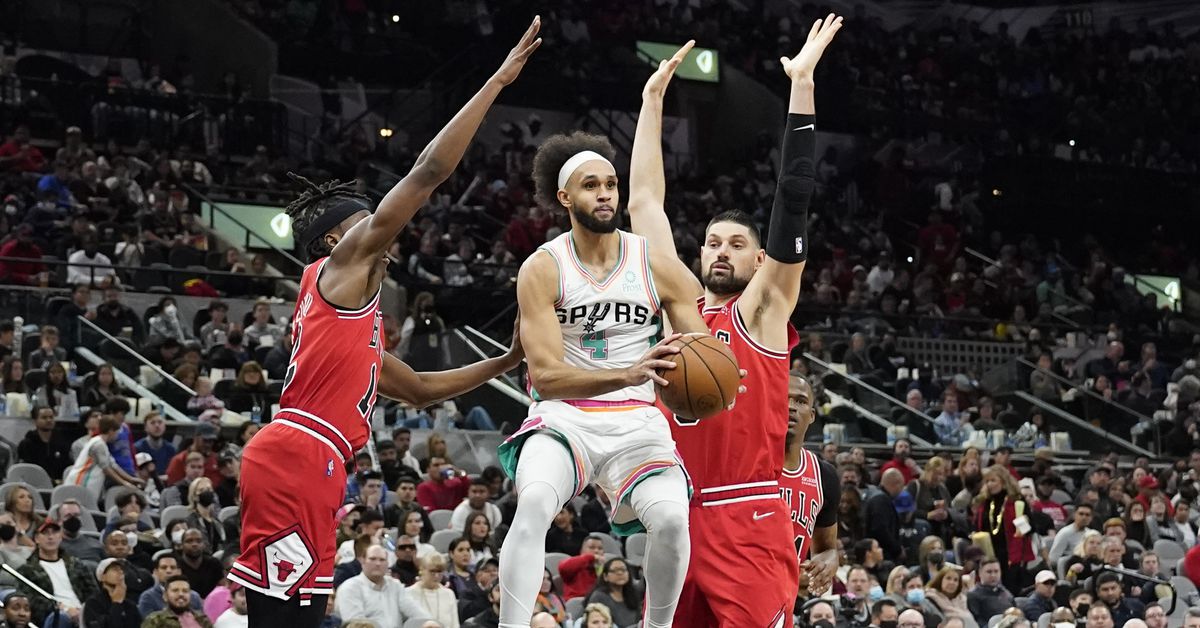 The Celtics may not have made a James Harden-Ben Simmons-level splash at the trade deadline, but they did make a significant deal that will shape the structure of the roster both this year and in the future.

According to several reports, Boston is acquiring Derrick White of the Spurs in exchange for Josh Richardson, Romeo Langford, a 2022 first-round pick (protected 1-4) and a first-round pick swap in 2028. It’s a lot to give up, yes, but it should pay dividends right away – particularly with Dennis Schroder reportedly gone as well.

White, a 6-foot-4, 27-year-old, fifth-year combo guard, is making $15.1 million this season and is under contract through 2024-25. He’s spent his entire career learning from Gregg Popovich and played with Jayson Tatum, Jaylen Brown and Marcus Smart on Team USA in 2019. Celtics head coach Ime Udoka was an assistant in San Antonio (and with the national team) as White carved out a role with the team.

He’s a defensive-minded player who changes speeds well on offense and is averaging 14.4 points, 5.6 assists, and 3.5 rebounds per game this season. Though shooting percentage (42.6) and 3-point percentage (31.4) aren’t spectacular, he’s entering his prime and should fit in well overall with the Celtics’ core.

Here’s a closer look at what the reported move means for the Celtics:

White should complement the pieces in place

Whether Smart is a high-caliber starting point guard or not (he is), it never hurts to have another ball-handler. White is shifty, bouncy and cerebral on the court, and he doesn’t need to take a lot of shots to be effective.

This season, White is averaging 11.6 shots per game. In February, that number is at 10.8, yet he’s still managed to up his production to 16.8 points a night in the process.

Having another playmaker on the floor to get Tatum and Brown easy looks never hurts. White is a better passer and dribbler than Richardson – whose floor spacing and versatility will be missed – and is about on par as a shooter.

Nabbing a player like Terrence Ross, Donte DiVincenzo, or Marvin Bagley III may have helped the Celtics offensively, but having White in the mix helps a great deal on both sides of the ball.

The Celtics have the third-best defensive rating in the NBA and have held five of six opponents under 100 during their winning streak. They’ve firmly established themselves as a team that prides itself on defense regardless of whether or not shots are falling.

White, who has had a positive plus-minus every year, is a pest defensively on and off the ball. Even when he’s beat off the dribble – which doesn’t happen often – he often recovers and sneaks his hand in to pry the ball away. He’s someone who can guard 1’s and 2’s well and holds his own when switched onto forwards. White is averaging a steal and almost a block per game while only committing 2.4 fouls a night.

Pairing Smart and White should go a long way when up against teams like the Nets (with Simmons and Kyrie Irving), the Bulls (with Lonzo Ball and DeMar DeRozan), and the 76ers (with Harden and Tyrese Maxey).

He’s not necessarily going to put them over the top

This move benefits the Celtics – as White is better than Richardson overall and Langford appeared destined to plateau – but it doesn’t necessarily vault them into contention in the East.

If Harden fits in Philadelphia and Simmons meshes in Brooklyn – which, of course, are big ifs – the 76ers, Nets, Bucks and Heat still clearly have an edge over the Celtics. Boston is likely in the next tier, with the Cavaliers, Bulls, Raptors and Hornets. It’s not a bad place to be considering the way the season started, but fans shouldn’t expect White to magically bring a championship to Boston.

Of course, if the Celtics never lose another game, that would help their odds immensely.